As the owner of Rhyme Partners, a Nashville music publishing company representing hundreds of cuts by dozens of artists, Melissa Bollea Rowe is well-known for her creativity and positive outlook in a business that’s not always so positive. But over the years, Rhyme Partners has grown into much more than just a publishing company, moving into artist development, branding, distribution and more, partly out of necessity to make sure that the company’s writers get their material out to the world. Along the way, Rowe has found success herself not just as a songwriter and business owner, but also as an author.

Initially working for several years at Great American Country while honing her songwriting chops and making industry contacts she still values today, Rowe said she hit the ground running when she came to Nashville from Florida. “Coming to Music City was such a big deal for me that I just worked my butt off and created opportunities,” she said. “When I started Rhyme Partners in 2013, I was very green about the publishing business, and it’s remarkable that I’ve stayed in business. I had to work backwards because there’s so much that goes into chasing all the pennies. And if you don’t chase them, you can forget about making any kind of money, because it is a game of pennies. I’ve had to get very creative.”

Among the many dozens of artists and writers Rowe has worked with, published, and helped provide career direction for is a group of people who have the music business in their blood. “I came in with Rhyme Partners at an age when we weren’t necessarily in with the good ol’ boys in terms of relationships with the Music Row legends like the Garth Brookses of the world,” she said. “But what has happened is that some of their children have come through our doors. We have Garth’s daughter Allie Colleen, who released a single that she and I wrote called ‘Road You Take.’ We have Cherish Lee, Johnny Lee’s daughter, who released an entire EP of Rhyme Partners songs. We have songs with Hilary Williams, Hank Jr.’s daughter, and we’ve collaborated with Lara Johnston, the Doobie Brothers’ Tom Johnston’s daughter. We have songs with all these music royalty babies, it’s pretty cool!”

Among the many acts Rowe is excited about on Rhyme Partners’ roster is artist/writer Brecken Miles, a Milwaukee native who Rowe has worked with for years and hopes to break nationally soon. “Brecken Miles is absolutely a phenomenal artist; he’s put out a couple singles that he and I have co-written. ‘In It To Live It’ has seen a lot of streaming success this summer while his previous single ‘Meghan’ made it to the top 40 on the Music Row country charts.”

“I work hard for artists at whatever stage they’re at,” she said. “I never tell anyone I can make them a household name, but I tell them where they are and that I can get them to the next level, and that it’s all dependent on several factors. Sometimes success comes in the form of really hard work, and sometimes something magical happens by the grace of God.”

Rowe is also the author of God, Gratitude & Giving, an inspirational memoir about the impact of those three words and their meanings for her life. She is also working with neuropsychologist Dr. Sarah Allen on The Musical Imprint, an upcoming anthology of personal vignettes depicting how particular songs are attached to memories that have marked moments in each of the contributing authors’ lives. And as if all that weren’t enough, Rowe wrote or co-wrote and co-produced the music for Speak Life to End Bullying, The Musical, as part of the Speak Life Performing Arts Company’s efforts to end bullying in our schools. The project’s film premiere will take place at the Lyric Theatre in Stuart, Florida on July 16th.

For more information about Rowe and her various endeavors in Music City and beyond, go to rhymepartners.net, rhymepartners.net/the-musical-imprint, melissabollearowe.com, and speaklifethemusical.org. 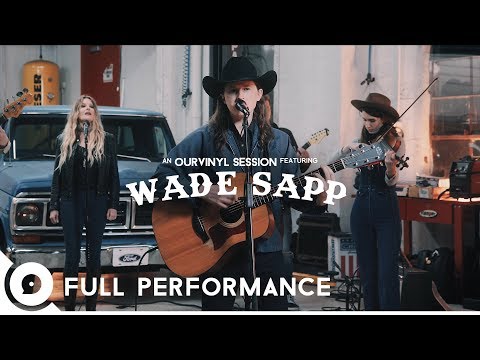 Trying to define what flavor of music a country artist actually sings these days is harder than ever. It’s pretty easy after hearing just a […]

Bedhed & Blondy and The Sleepwalkers

I recently conducted an interview with Jay Studdard (Bedhed), Fran Jackson (Blondy) and Austin Skinner (guitarist/vocalist in The Sleepwalkers). Q: Well, I’ve got to say […]