“Paul Price steps up with newfound clarity and the rest of the band falls in right behind; these are assured pop gems that haven’t lost the feel of their rugged landscape origins.” ~Jeff McCord, KUTX Music Director ~

“Surface Tension” was a collaboration of great minds and great talents during several retreats to remote cabins and ranches in the beautiful area of West Texas. All four members have added a special taste of the talents they each hold and bringing it together for an outstanding collection.

“Necessary Feeling” is a smooth, heavy driving pop song that in some ways reminds me of Bowie in his later years. The vocals are evenly pitched and nice.

Musicians appearing on this collection of work are: Paul Price jamming on guitar and vocals, Michael McLeod thumping a good vibe on the bass. We then have Esteban Cruz keeping that percussion section tight with drums and Kyle Robertson tickling the magic keys. Good Field rolls in to the genre’s of Rock and Roll, Indie Rock, Classic Rock, and Experimental. This group would be similar to artists such as War on Drugs, Tom Petty, Led Zeppelin, Deerhunter, Wilco, Yo La Tengo.

Good Field is a great group with several accolades of recognition to mention here. They were KUTX 98.9 Artist of the Month, they opened for White Denim, Heartless Bastards, Angel Olsen, Akron Family, The Alarm, Big Thief, Deftones, and Bayonne. The group has several East Coast tours under their belt like, CMJ, SXSW, Fun Fun Fun Fest, and the Neon Desert Festival. They have performed on 61 US college radio stations and reached #69 on Top 200 CMJ charts, they also reached #88 on NACC Top 200 charts and climbed to #2 in Radio Select self-released charts.

This is the third album for the group and from the time of the first release to now the group has grown exponentially and honed out their own style and sound with exact finesse. Each song is a stand alone selection and together a superb fit.

“Good Field takes up the mantle of ’90’s indie rock, with just the right amount of grit and distortion to give textural contrast to the song’s melodies.” ~ Brice Ezell, PopMatters ~

The most standout part of what I enjoyed was the partnership of drums and bass. They connected tightly like intricate parts of a puzzle bringing the two together for a solid foundation in the album. The guitar was also effective in that the guitar heightens what the bass and drummer brings to the table. It’s interconnected, locked tight and makes for an over all sweet sound.

The flow of the sound, the groove, the rhythm, and the warmth of the melody with sprinkles of soft rock, pop and groove, sets it up for great sitting on the back deck with a cold beer, steaks on the grill and awesome friends to enjoy it.

The albums is winner for me. I liked the laid back feel, the nice edge of guitar with a solid bass and drum line. The vocals are mixed just right and I think you would get the same great quality live or on the radio.

For more information on Good Field and “Surface Tension” please visit the sites below and check the video to further your “Good Field” experience. Let’s make them “famous.”

“We don’t want to be famous, we just wanna stay right here. And that’s what makes us happy.” 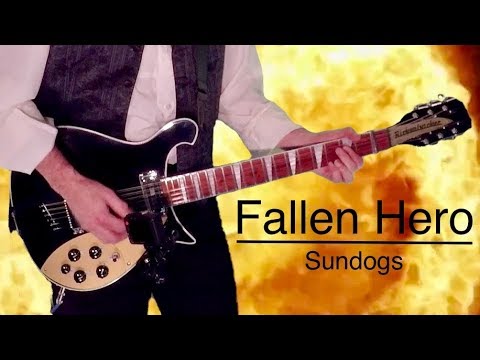 Career musicians, artists who have made the music industry their life perform with the greatest passion. They love what they do and they take pride […]

“Nocturnal Blonde” has created a great collection and behind it is a great cause. This new debut album is has a focus on the dire […]

Billy Roberts and the Rough Riders with “Go By Myself”

Hailing from the land down under, Australian based group Billy Roberts and the Rough Riders have their own unique style and I think it’s the […]