Wisconsin based alternative Americana group Midwest Soul Xchange recently released a new album entitled “Weakened At The Asylum”, it is described as a rock opera thought to be in reference to the water crisis that occurred in Flint, Michigan.

The duo, Midwest Soul Xchange consists of Nate Cherrier and Ryan Summers, both grew up in Chippewa Falls Wisconsin. Classic rock was a part of the foundation of what their music would eventually be.

During the days when FM radio was the king of the airwaves so was classic rock. Decades of artists such as The Who, The Doors, Pink Floyd, and The Rollings Stones made a great influence on Nate and Ryan. It’s the basis of where their music was born.

It was because of this shared love and passion for everyone’s favorite classic rock that Ryan and Nate decided to launch a project, that although 1800 miles apart, would be a vision brought to reality. Nate was located in Phoenix and Ryan was in central Wisconsin but it did not stop them from creating an amazing collection of songs.

The song “Weakened At The Asylum” expresses ideas of what it’s like to be human and struggling in the middle of a crisis. The song features a group of fictional characters caught in the middle of the Flint Michigan water crisis. For those who are not familiar with the situation, it occurred in 2014 when the source for drinking water in the city was contaminated with lead. It exposed thousands and the city was instructed to use only bottled or filtered water for everything including drinking, cleaning, bathing, and cooking.

The album is a collection of 10 tracks filled with soft piano, brightly tuned guitars and at times filled with a Seals & Crofts essence of harmonies. The two main characters of the song “Overture- The Story Unfolds” are Danny and Sarah and through spoken lyrics, they are introduced in “Fifteen Parts.”

Key highlights in the album include “Simple” that fills the air with Americana pop that has a energy which could only be described as delightfully addictive.

There is a soft feeling guitar groove throughout the album. “Strangely Exciting” brings in the essence of the rock opera feel. Most people may not understand what we mean by rock opera. Rock opera is a collection of songs that closely relate to one common thread or story. For example The Rise And Fall of Ziggy And The Spider From Mars by David Bowie and Jesus Christ Superstar by Andrew Lloyd Webber and Tim Rice. Rock Operas are powerful expressions presented through the gift of music.

“Weakened At The Asylum” is one of those that will make a mark in the rock opera genre. It is a classical piece filled with succulent harmonies, incandescent substance, and pure inviting soft rock that is sure to please.

To refresh your memory, band members are Nate Cherrier and Ryan Summers. Midwest Soul Exchange is located in Chippewa Falls, WI and they place perfectly in the genre of folk rock, Americana, rock, and according to their website, they express the genre of American Melancholia.

They have been described in similarity to artists such as Wilco, Old Crow Medicine Show, the American Folk rock band called The Avett Brothers, Mumford & Sons, Simon & Garfunkel, and The Beatles.

For more information on Midwest Soul Xchange you can visit the following sites and be sure to check out when they will be appearing in a location near you.

All media and photo links are courtesy of Independent Music Promotions. 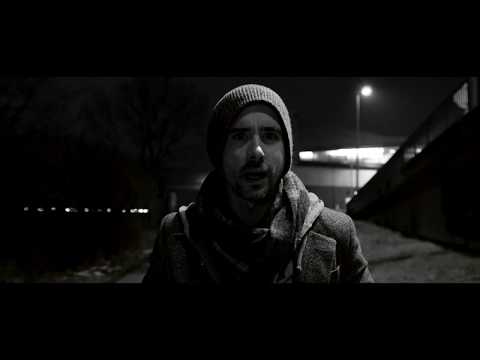 Soulful and Inviting Luca Bash with Keys Of Mine Album Review

This is the first major release for Josh since his amazing project in 2015 of four acoustic EP’s. His work has received huge reviews and […]

Released on the label Reverence for Life Records, which is Suki Raes own label and produced by Suki Rae, we present her seventh CD for […]