John Prine is selected as one of the 2019 Songwriters Hall of Fame inductees. The 50th Annual Induction and Awards Gala will take place on June 13 at the Marriott Marquis Hotel in New York City.

The honor adds to an already remarkable year for Prine, who is nominated for three awards at the 61st GRAMMY Awards including Best Americana Album for The Tree of Forgiveness and Best American Roots Song for “Summer’s End”

Prine’s “Knockin On Your Screen Door” is also nominated for Best American Roots Song—earning Prine two nominations in the category.Released on his own independent label, Oh Boy Records, The Tree of Forgiveness(purchase/ stream here) is Prine’s first album featuring new material in over 13 years and was produced by Grammy Award winning producer Dave Cobb. Upon its release, the album debuted at #5 on the Billboard 200 chart with over 54,000 equivalent albums sold in its first week—a career high chart position and sales week for the legendary singer, songwriter and performer. The album also debuted at #1 on Billboard’s Americana/Folk Albums chart, #2 on Billboard’s Country Albums chart and #2 on Billboard’s Rock Albums chart. Additionally, Prine was recently featured on “CBS News Sunday Morning.”

In continued celebration of the album, Prine will perform select shows throughout 2019, including newly confirmed stops at Atlanta’s Symphony Hall, Brooklyn’s King Theatre, Chicago’s Ravinia, and Vancouver’s Queen Elizabeth Theatre among many others. Additionally, on July 28, Prine will perform at Red Rock Amphitheatre with the Colorado Symphony. The landmark concert is Prine’s first-ever orchestral performance and will feature arrangements by Dave Cobb.

Moreover, Prine’s All The Best Fest—a destination concert vacation—will take place at the all-inclusive Breathless + Now Onyx Resorts in Punta Cana, Dominican Republic November 11-15, 2019. Complete details regarding the festival are available via www.allthebestfest.com. Of Prine’s sold out show at Radio City Music Hall, Rolling Stone declares, “…a night of joy and love at one of the most biggest shows of the veteran singer-songwriter’s career.”

A two-time Grammy-winner, Prine is among the English language’s premier phrase-turners. Almost 50 years into a remarkable career that has drawn effusive praise from Bob Dylan, Kris Kristofferson, Bonnie Raitt, Roger Waters, Tom Petty, Bruce Springsteen and others who would know, Prine is a smiling, shuffling force for good. He is a Nashville Songwriters Hall of Fame member and a PEN New England Lyrics Award recipient whose classic debut album, simply titled John Prine, is recognized as part of the Recording Academy’s Grammy Hall of Fame and whose songs have been recorded by Johnny Cash, Carly Simon, Bette Midler, Bonnie Raitt, Norah Jones, George Strait, Miranda Lambert, Zac Brown Band and many others.Following the 2015 death of his friend and business partner Al Bunetta, Prine is now President and sole owner of Oh Boy Records. He lives in Nashville, TN with his wife, Fiona, and enjoys spending time with their three sons, a daughter-in-law and his grandchildren.

1. “Knockin’ On Your Screen Door” (by John Prine and Pat McLaughlin)

2. “I Have Met My Love Today” ft. Brandi Carlile (by John Prine and Roger Cook)

6. “The Lonesome Friends of Science” (by John Prine)

7. “No Ordinary Blue” (by John Prine and Keith Sykes)

9. “God Only Knows” (by John Prine and Phil Spector) 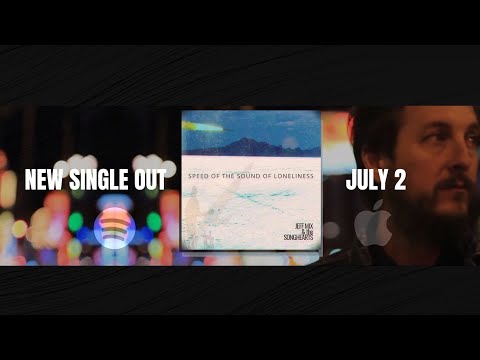 John Prine is nominated for induction into the 2019 Songwriters Hall of Fame. The 50th annual Induction and Awards Gala will take place on June 13, 2019 […]

VERSE OF THE MONTH Shout joyfully to the LORD, all the earth; Break forth and sing for joy and sing praises. – Psalm 98:4 ALBUM […]