Chris Hillman’s new audiobook, Time Between: My Life as a Byrd, Burrito Brother, and Beyond (Random House Audio; on sale October 19, 2021), features newly recorded excerpts of 21 songs that have been part of the artist’s musical legacy. Hillman is a three-time ACM award winner and inductee into the Rock & Roll Hall of Fame as a founding member of the Byrds.

“Recording my narration for the book was far more challenging than I could have ever imagined,” Hillman says of the experience. “We tossed around the idea of adding a bit of music to embellish the title of each chapter. Each chapter was named after a song I had written, and or had recorded. This began to take on a whole new dimension in the presentation.”

Grammy® Award-winning southern rock, blues and country group The Kentucky Headhunters’ latest album, That’s A Fact Jack!, is set to release on Oct. 22 via BFD / Audium Nashville. The upcoming project marks the Headhunters’ first album of brand new material in half a decade. Pre-order at https://orcd.co/kentuckyheadhuntersthatsafactjack.

Blame it on the shutdown. When The Kentucky Headhunters watched their 2020 dates go up in smoke, they knew with or without live dates, they’re a band, and bands have to play.

“We’re a band,” says guitarist/vocalist Richard Young. “We play. When all our shows got cancelled, we decided we were gonna go up to the Practice House and play. Then we figured we might as well go into the studio, but instead of having an agenda or some idea of ‘what’ was this supposed to be, we all looked at each other and went, ‘Well, what do you do? ’No discussions, no trying to be something. Just ‘What do you want to play?’”

The second single from the album, the title track “That’s a Fact Jack” releases Oct 8, following the first single, “How Could I” that dropped Sept 24.

Gibson Gives, the philanthropic arm of Gibson Guitars has announced a $300,000 donation to benefit students attending Metro Nashville Public Schools. The public private partnership Music Makes Us will distribute the donation of guitars and other music equipment across Metro Nashville Public Schools music education programs, as well as sistering school districts. The Gibson Gives donation will directly benefit students in schools with guitar learning programs. The donation includes Gibson guitars (electric, acoustic, and bass guitars), 36 amplifiers, 1700 pairs of guitar strings, and 116 guitar stands. Additionally, Gibson Gives has provided 1000 PPE face masks to all Nashville Metro Public Schools music students valued at $4,000. As the philanthropic arm of Gibson, the mission of Gibson Gives is to create, develop and support non-profit organizations in their efforts to advance musicians, youth-focused education, music, and wellness initiatives. 100% of all donations to and from Gibson Gives–a 501(c)(3) organization–go towards giving the gift of music. Since re-launching in 2019, Gibson Gives has raised over $3 million dollars worldwide through its mission. Gibson Gives is changing lives…one guitar at a time. For more information, visit: www.gibsongives.org.

The project features eight new recordings and six classics performed by some of the top names in country music indulging their passion for bluegrass. Dolly Parton’s never-before-heard performance of “In the Sweet By and By” (featuring Carl Jackson, Jerry Salley, Larry Cordle and Bradley Walker), Vince Gill’s upbeat “All Prayed Up” and Patty Loveless’ moving “Daniel Prayed” to name a few. The collection also features the top names in bluegrass, including legends Del McCoury and Doyle Lawson as well as talented newcomers like Caeland Garner, who delivers a spirited version of “Walk with Me.” Other top award-winning artists include Dale Ann Bradley, The Steeldrivers, Jerry Salley, Joe Mullins & The Radio Ramblers and Darin & Brooke Aldridge.

Country Faith Bluegrass is bound to be a favorite addition to any bluegrass lover’s playlist. Go to https://airplaydirect.com/music/country-faith-bluegrass/

Tommy Womack has not one but two albums coming out on Schoolkids Records, a brand new studio album, I Thought I Was Fine, of which Womack says, “It just might be the best thing that I’ve ever recorded,” and a 42 track anthology called 30 Years Shot To Hell.  Both records are released on Oct 15th, 2021.

“I Thought I Was Fine is a rock and roll record,” says Womack. “I’m categorized as Americana because this business loves putting labels on people. Yes, there’s a couple of country-ish songs on it, I do live in Nashville, and my southern accent is what it is, but I had an epiphany one day. I realized, hey, I hate dobros. And if I hear another song about a train in the key of G, somebody’s gonna get hurt. I realized I’m 58 years old, I’ve survived a horrendous car crash, I’ve had cancer three times, and this might be my final shot – so I wanted to go back to my first love while there’s still time.”

30 Years Shot To Hell is only available if you contribute to the Indiegogo campaign. Album details at https://tommywomack.com.

Lady A continues to emerge with a new refined vision, as they share details behind the full release of their eighth studio album What a Song Can Do (BMLG Records), out October 22. Working again with producer Dann Huff, the 14 tracks reinvigorate the band’s signature sound – a captivating fusion of rootsy pop and electrifying harmony that has dominated charts for more than a decade.

What a Song Can Do is a love letter to fans – steeped in music’s power to get us through, as their new album feels like a reawakening, and to Dave Haywood, Charles Kelley and Hillary Scott, the road ahead looks better than ever. Fans can pre-order the full album here: https://LA.lnk.to/WASCDPR.

“We’ve rediscovered our purpose, and it’s to entertain and spread a positive message – I really truly believe that,” Charles Kelley said. “I want our legacy to be songs that make people feel good. But I also think there’s more to our story that hasn’t been written yet.” 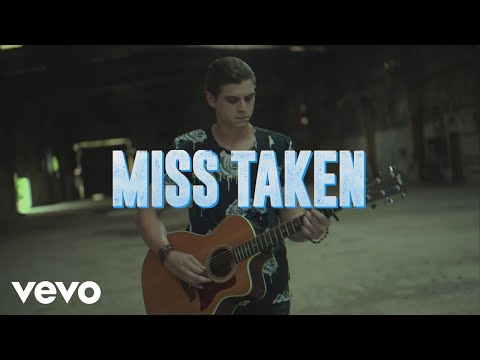 “When I Sing” To Screen At The Franklin International Indie Film Festival Friday November 2, 2018

Grammy Nominee Linda Chorney’s hit docudrama When I Sing will be screening at the Franklin International Indie Film Festival on Friday November 2, 2018 from […]

The Peach Pickers Reign Supreme with &quot;All About Tonight&quot;

Music Row’s unstoppable songwriting trio The Peach Pickers–consisting of Ben Hayslip, Rhett Akins and Dallas Davidson–celebrated another No. 1 on the country charts during a party at ASCAP on… […]