From 1979 to 1987 she released five albums that sold millions, and won multiple awards. She is one of country musics most loved female entertainers, and now the beautiful Sylvia has gone and done it again with her latest collection of top ten hits re-imagined.

Holding firm to the past but standing strong in the present Sylvia continues to garner new and younger fans who stand along side all of us who have been there from the beginning. Her music is in what she calls the“Second Bloom”, it’s fresh and newly born with a deeper essence and a colorful bouquet. No puns intended.

Within it she has taken real life experiences and every thing she has learned over three decades in the industry and given these hit songs a whole new life allowing them to “bloom” again. She said she wanted to “Re-imagine” then…. in the now, making them timeless and era free so that years from now no one could tell just by listening to them when they were actually recorded.

The songs that were selected seemed to be the one’s that would most easily move in to today’s music.

“Drifter” was the first #1 hit for Sylvia on Billboards Country Chart. It was from her debut album of the same name. “Nobody” was a huge favorite for some many. It would become the second #1 hit and sell over 2 million in singles. It was BMI Song of the Year, Top 15 on Billboard Hot 100 and came in at #5 on the American Country charts. “Nobody” will feature electric guitars and the synthesizers from the origianal will be gone. This gives it a more grounded feel and fresh texture.

“One of the best singers in Country music is back with a cool new project. The concept … was to record her classics in a slightly modernized production style. The essence and the melodies of these songs stayed the same (as has Sylvia’s pristine vocal) but they do feel refreshed or, on a ‘Second Bloom.'” -Matt Bjorke, Roughstock

“Tumbleweed” another of our all time favorites was on her first album “Drifter” and was her first Top Ten single. The new imagined sound is filled with acoustic guitar, pedal steel and beautiful strings.

There are ten tracks on this new album. All hit songs and all ready to become new hit singles again. The only song that was not released as a single back when the others were released is “You Can’t Go Back Home” and it’s one of her all time favorites. It’s one that she felt was a statement about the idea of “Second Bloom” and what it means to her.

She is timeless and her beauty is captivating both inside and out. Here are just a few little known facts about Sylvia that most fans may not know. She loves to draw portraits, especially faces, and for the last 18 years along with her career in the music industry she has been a Certified Life/Career Coach. She loves spending time on walks with her dog Cate and is a huge supporter of the Music City Animal Rescue along with several others.

“Sylvia’s voice is still as strong as ever … the songs superbly sublime the second time around. If you are looking for music with a meaning that will stand strong for years … add this one to your collection.” -Dashal Jennings, The Daily Banner

Through out her career Sylvia has shared the stage with artists Willie Nelson, Janie Fricke, Hank Williams Jr, Lee Greenwood and Kenny Rogers, just to name a few. This album is special in that Sylvia wants it to be just as if she was recording the songs for the time. It’s a way of honoring the beauty of a song from it’s original state to what it is now.

Sylvia continues to tour across the country, she also makes her home right here in the beautiful city of Nashville. She has sold over 4 million albums and received multiple awards and honors through out her career.

~My desire was to bring my music from the ’80s into alignment with the music I’m creating today,” she notes.”I wanted to breathe new life into the songs as if I was recording them for the first time while still honoring their musical identity. I believe the spirit of the music is just as relevant today as it was when these songs first bloomed.”~ Sylvia~

Be cure to check your local venues and the sites below for up coming shows. We would also like to mention that Sylvia will be appearing August 4th at the Bell Buckle in Nashville and on the 16th and 17th in Gatlinburg TN at the Smokey Mountain Songwriters Festival. 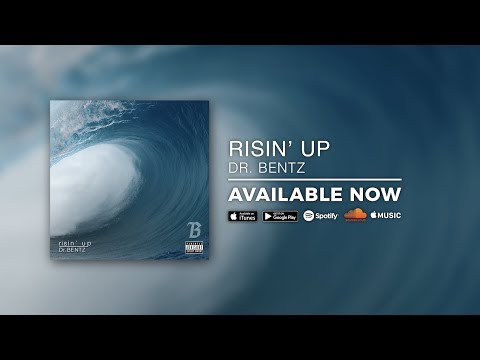 Lillimure With Her Latest Single WDYTM Creates A Blend of Folk, R&B and Hip Hop That Works

Ozark Arkansas knows how to produce winners and here is one of the latest. Lance Carpenter has the traditional country sound that so many country […]