Two powerhouse women are on a mission. A mission to share their gifts and talents with the world and most especially with the world of country music.

Allison and Krystal Steel are 2Steel Girls. An unbelievable mother and daughter duo who are making history even if most folks don’t know it yet.

Not since The Judds has a mother and daughter duo made such a statement in an industry that is…at times…unforgiving and cruel. It’s tough in the music industry whether your male or female but for a team like 2Steel Girls it’s a mountain they are willing to climb.

Accolades and accomplishments for the duo include The Voice as part of Team Blake, appearances on Hallmarks Home & Family Show 2013, Debut of their first single on the Today Show with “Train Wreck” May 2013, Release of 2SG debut CD in 2013 that was independently distributed with over 10,000 copies to date, and Nashville Universe Artists of the Year & Song of the Year in 2015. They have also worked with Emmy winning producer Trey Bruce. Their release in 2015 of “Mad Black Magic” set them on the road to great success in the music industry.

Hoda Kotb, Today Show – “You guys are like a wave, a force of nature.”

The duo signed on as the faces of Realtree – Real Girl in 2015 representing the largest manufacturer and distributor of camouflage clothing and outdoor items in the world. They have been endorsed by Breedlove Guitars, and appear as models in the Realtree Summer Look Book 2015 that reached millions.

Allison was frank and honest about the drive and determination to succeed. Even in the face of frustrations and obstacles she said they are doing what they feel in their hearts they need to do. This was not just a fly by night idea. It has been a dream worth coming true.

Rolling Stone Magazine – “Their voices are gorgeous together”

Reflecting back on their appearance on the Today Show Allison spoke of how a young 17 year old fan made it her mission to get them on the show. She pulled together her resources, put the plan in motion and thousands of fans flooded the Today Show emails and social media networks requesting that 2Steel Girls appear on the show. Within a few weeks the phone call came through. Producers said they had never had such a magnanimous response to anything of this nature in the history of the show.

If fans believe so much in them then it’s obvious…they must be rising stars. They have toured nationally and have released two EP’s self-funded through fans and family and hard work. Since their partnership with Realtree, Krystal and Allison have also partnered with Orca Coolers, Hunt’s Brothers Pizza, Nouveau Eyewear, Chevy Corporation, Grace In LA Jeans, Titanium Buzz Jewelry, Realtree Girl Handbags and Vietti Chili. Just to name a few.

Wow!!! What an amazing set of accomplishments.

Still there are things that haunt Allison. As an independent artist they know the challenges faced by artists in the industry. Things can run smoothly up to a point but when faced with potential managers and corporate folks in the business, it seems that as soon as it’s known that they are mother and daughter the interest seems to fade a bit.

Allison expressed how… if your a woman and your over thirty the chances of landing something bigger are not as high, and radio, record labels, and managers loose interest. But that’s ok say’s Allison. 2Steel girls are genuine and intend to stay that way. She wanted other women in the industry to know that it’s ok to fight for what you feel is right.

“Sometimes I feel disconnected because of my age. But ladies, just because we’re over thirty doesn’t mean we have to give up on our dreams. I hope to inspire other women to never give up. I want to work with people who believe in us like we believe in us.” ~Allison Steel, 2016

Early in their career people in the industry tried to change them. They wanted Allison and Krystal to flaunt the beauty queen style but that would not do. Both Allison and Krystal knew they had to stay true to themselves and what the family wanted as a growing artist in the music industry.

Sharing the stage with not only her daughter but her husband Todd and their son Aaron they are keeping it a family affair.

Enjoy the following video that received over 30,955 views in just three short weeks. Please enjoy the official video for “Red White and Blue Girls”, with Allison and Krystal Steel.

Their latest song “Red White and Blue Girls” is thought-provoking and heart-warming. It sets the stage to inspire us to show pride in our country, our faith and family and to fight for what we believe in.

I’ve been around the industry for a long time. I know all the in’s and out’s and up’s and down’s. But I think fans would agree with me when I say…it should never be about our age or the color of our hair or eyes that hook us a deal….it should be about the talent. It should be about the voice we hear without an equalizer, or messing with the compression, or even tweaking the reverb in order to “process” the voice.

Jump on the “Steel Train” and ride with Allison and Krystal all the way to the top. There’s no stopping them now. They have beauty, brains and talent, all traits to be honored.  As independent artists they are one of the strongest in the industry at this time and should be placed high on the watch lists for 2016 and early 2017. 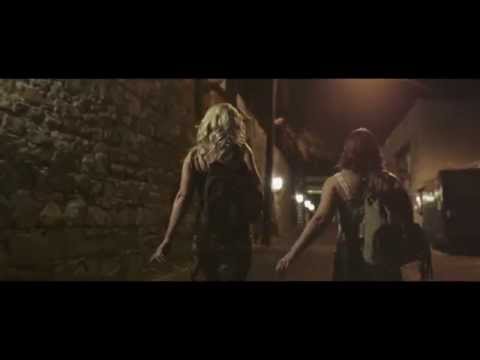 They can hunt…..they can fish…..and they can damn sure make some rockin country music. They are 2SteelGirls. Allison Steel and her daughter Krystal make up […]