One morning in late August, we read in Country Aircheck that Sony Nashville – one of the biggest country label groups in the world and home to superstars such as Carrie Underwood, Kenny Chesney, and Brad Paisley – laid off seven full-time members of its radio promotion staff.

As we always remind you, the brutally high cost of promoting singles to country radio is probably the major reason so many labels go under each year. Happily for Nashville, there’s never a shortage of hopeful new labels and out-of-town investors springing up to take their place, but the new labels will likely go the same way as the ones they replace unless they fix their radio-promotion models.

Radio is potentially a marvelous way to get your music heard, but it is also more often than not a gigantic financial sinkhole. The playlists that make up the Billboard and Country Aircheck charts, which consist of the combined spins from an elite group of roughly 120 country stations, are dominated by superstar acts like Taylor Swift, Chesney, Lady Antebellum, Underwood, Paisley, and a handful of other major artists whose labels invest millions of dollars each year on radio promotion.

And unless you have a few million bucks sitting around that you’re willing and likely to waste in exchange for a few meaningless spins at 3 a.m. on those same stations, don’t waste your time trying to play that game. You’ll lose every time, as so many of those failing labels have learned so painfully.

Promoting to the Music Row stations won’t cost you quite as much and they’re far more open to new music, but getting meaningful spins on their panel – 110 stations in small and medium markets – is also very, very expensive, time consuming, and generally frustrating.

One of the classic failures of radio promotion is that artists and labels think too big. They try to work the entire country – all of the reporting stations or another group of stations from coast to coast.

That too is in nearly all cases a waste of time and a brutally expensive mistake.

If you want to do a cost-effective radio tour, follow the example Captain Joe Kent and Curtis Lyn Cook have used this summer: focus on just one state, and focus on the smaller country stations there that the major labels and artists never call on.

Curtis Lyn Cook is from Missouri, and has long been a popular live act there, both in a band and solo setting. So Captain Joe, who is CLC’s publisher, co-writer, and head of radio promotion, is working the dozens of Missouri country stations with CLC’s single and new album, and the response has been exciting and instantaneous.

But the payoff has been outstanding. Not only is CLC’s first radio single being spun all over the Show Me State – and now in other states as well, since they’ve heard the buzz coming out of Missouri – but many stations are playing album cuts that Captain Joe hadn’t even started promoting yet, because they are so excited about the whole record and the local fan base CLC already had in place in Missouri.

Another huge plus has been NMGRadio.com, Nashville Music Guide’s booming Internet radio station. Big Joe Matthews spins the heck out of CLC’s music, and has done on-air interviews with CLC and Captain Joe.

NMGRadio.com has been one of several innovations and improvements that NMG owner and executive editor Randy Matthews and his family have made to the business models the Row and radio have been using for years. The support of Randy for independent artists and songwriters, both at NMG and through the new TCM Records, has truly been something to see and hear.

And as Captain Joe and CLC have shown on their Missouri radio tour, when it comes to radio promotion, often smaller is better. 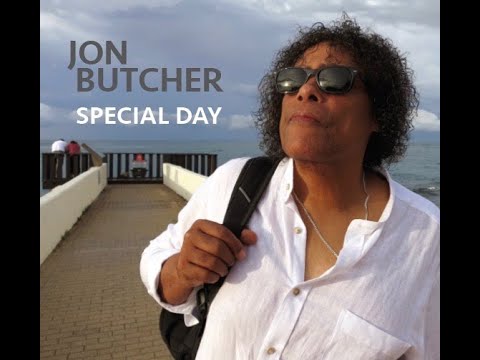 Jim Reed Chevrolet, located just a block away from Music Row near the intersection of West End and Broadway in Nashville, stopped selling Chevys this […]