The three-day event is packed full of great performances, educational seminars, intriguing panels and networking opportunties. CRS 2014 is bringing back many of the staple CRS events including luncheons, Acoustic Alley, the Badge Bar and the Wednesday night Opry show; along with new, exciting additions such as the Muscle Shoals movie viewing and the New Faces after party, hosted by TNT and the stars of the anticipated new reality series, Private Lives of Nashville Wives.

This year, CRS will host many discussions centered around social media and its role in today’s radio industry, with panels such as “The Do’s and Don’t’s of Social Media” and “Rhapsody, Beats, YouTube, and iHeart: It’s Their Country, Too.” This year’s seminar will also feature the CRS Research Presentation; a research panel conducted and presented by Edison Research, which will focus on the increased popularity country music is seeing with the 12-34 year-old age group.

For the fourth consecutive year, the Country Radio Hall of Fame Dinner and Awards and the New Faces of Country Music Show are sold out.

Some of the agenda highlights for CRS 2014 are:

Tuesday, Feb. 18:
The Country Radio Hall of Fame Dinner and Awards ceremony will unofficially kick off the seminar. This year’s inductees are: Larry Wilson and Mike Brophey for the radio category and Paul Schadt and Jim Denny for the on-air category. CMA Board President, Ed Hardy, will receive the CRS President’s Award and Vince Gill will receive the CRB Career Achievement Award. Following the dinner will be the official Hall of Fame After Party featuring Rachele Lynae and sponsored by Momentum Label Group.

The Keynote Speaker, multimedia strategist Gavin McGarry, will follow the opening ceremonies. Wednesday’s daily featured speaker is CMA Vocal Group of the Year, Little Big Town. The band members will speak about perseverance in the music industry. Bob Kingsley will moderate the interview.

That night, the “Grand Ole Opry at CRS” show will include performances by Carrie Underwood, Rascal Flatts and Old Crow Medicine Show, along with Thompson Square, Chris Young, Charles Esten (Deacon Claybourne from hit ABC television series, Nashville), Love & Theft, Brandy Clark, Will Hoge and Eric Paslay. Bill Cody will host the event. A screening of the Muscle Shoals documentary will follow the Opry show during CRS After Hours.

Thursday, Feb. 20:
Thursday morning will start off with a Programming Mentoring Breakfast, sponsored by Win/Win Radio, with panels following this one-on-one session. Following breakfast, Steve Jones will speak on how to “Brand Like A Rockstar.”

Panel highlights for the day include: “Five Ways to Grow Digital Revenue Now!,” “Rhapsody, Beats, YouTube, and iHeart: It’s Their Country, Too,” “The Do’s and Don’ts of Social Media,” and “Why Choosy Brands Choose Country.”

Friday, Feb. 21:
Friday morning will start off with a networking opportunity at the Managers’ Breakfast. Following the breakfast, Andy Bailey will speak on time management in the digital age.

Panels scheduled for Friday include “Marketing on a Shoestring Budget,” “Your Career: Is Bigger Always Better?,” “Real-Life Clients: The Recipies for Ridiculous Reviews,” and “Radio and Records: Do You Know What I Do?”

In the afternoon, the BMI Legends Session will feature John Oates.

Immediately following the New Faces of Country Music® show, TNT (television’s destination for drama) will host a can’t-miss after party featuring stars from the anticipated new reality series, Private Lives of Nashville Wives. The event will offer an array of entertainment, as well as an open bar and the opportunity to meet the cast.

The CRS Badge Bar will return and is open to CRS attendees only. Located in the downtown Nashville Renaissance Hotel near the pedway leading to the Convention Center, the venue provides a place for seminar attendees to relax and network with other professionals in the Country radio industry.

The Country Radio Seminar (CRS-2014) is poised to take over the Nashville Convention Center from Feb. 19-21. As usual, CRS is one of the highlights of Country Radio and Music Row business year, and is very possibly the one week in 2014 that can make or break a new artist’s career. […]

Private Lives of Nashville Wives Give A Little at #CRS2014 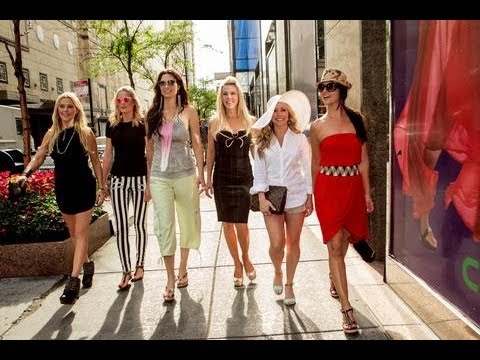