After reading an article ( published on 8-13-2010 in the OPINIONsection of our Nashville newspaper, The Tennessean, I couldn’t help but to reach out and offer my suggestions.  I have called The Tennessean and sent my questions and solutions to them, but the only response I received is that they would not run my article.  It really does not say who wrote the article, but it sure does have some interesting questions that need to be answered, especially the Hall of Fame’s $22M in outstanding debts, and how the Hall wants to expand. In the past several months there have been benefits (All For The Hall) given by artists to support the Hall of Fame, which is good, and I am all for that. If the hall needs capital, then we need to support it. My questions and comments are directed to Hall of Fame Director Kyle Young.

Mr. Young, I have found the marker for the recognition of the 272 Stars who had their stars in the sidewalk of the old Hall of Fame. As you know the plaque is located directly across the street from the Country Music Hall of Fame at the entrance to the flower garden on the sidewalk. Someone could have called me from your office to advise everyone when the marker was put in placement. I cannot see that this small recognition can possibly serve as a substitute for the arrangement made when each of the inductees were welcomed into a very special group of Country Music Performers. Have you looked at the names on the original Walkway of Stars? Some of the greatest names in the industry are members of the original Walkway. An explanation should have been forthcoming at the onset of this issue. However, as you can see in the photographs I have taken and attached, it practically takes a zoom lens to read the inscriptions listed and you will have to be very close to the marker to make out the names.

I, along with other donors, was responsible for the purchase ($1,500) of the star for our friend, O.B. McClinton in 1988, before his passing. I have heard that others paid more for their stars. You know Mr. Young; it has never been just about the money. It is a matter of personal pride, in that each act had to meet the stiff criteria of proving he or she had a past and present contribution to the Country Music industry to be worthy of a permanent place on the Walkway of Stars. The new Hall of Fame has been opened since May 2001-almost 10 years???

There are many that do not know when this new marker was put into place, since there was very little – if any – media coverage of the event commemorating the inductees and their worth to the Country Music community, and to the industry which made Nashville, Music City USA. I cannot understand why there was not a major media press release on this plaque being placed “ACROSS THE STREET FROM THE HALL OF FAME.” If you turned this project over to the City of Nashville, then it seems to me that there should have been a major press conference for all of the original members of the Walkway to receive the proper recognition due them…and for the living members to be on hand for the placement of their new star in the city’s sidewalks. The original Walkway Class Members – (1967–1997) – were under the impression that when the new Hall of Fame was completed, that their names and stars would be imbedded in the sidewalk of the new Country Music Hall of Fame. It is not the City of Nashville’s responsibility to notify the original thirty (30) years of class members of the changes that were to be carried out, but rather it was the museum’s duty to continue the agreement reached when each class member was inducted.

It is time Mr. Young to offer up a public explanation as to what happened to all the Stars from the Old Hall of Fame, and to find a more suitable place where all of those who purchased stars will have recognition as promised. This project would be completed if the original Walkway class members and their stars joined the current classes being placed on the city’s sidewalks. If the city is striving for a Hollywood look (??), it should treat all the stars so honored with equal respect. I don’t believe the “silent movie stars” in Hollywood are segregated from today’s current celebrity class.

This problem has gone on much too long, and I guess most of those that purchased a star have just let it go or forgotten about it, but the problem is not going to go away. So please either talk to the City of Nashville, or whomever you need to talk to, and let everyone in the country music industry, most importantly the donors who had stars at the , know just what happened to the stars and why this new marker was put in place with no notification. The criteria was met, money was paid, the money was used, and now there is a small marker recognizing those donors. This marker does not meet the terms for which the Walkway of Stars was created.

My solutions to this problem would be, one, to make a scroll, or two scrolls that would contain all of the names of those who had a Star in the Old Hall of Fame sidewalk, and etch their names on this scroll beside a star. Not a scroll where you could not read the names, but a scroll that would be large enough to read for visitors, and a star large enough to satisfy the artist that their star of significance was back where it belongs. The stars were paid in the form of a donation, but the results were not expected to be as they are now.

The second option and the most important one would be as follows: To take a square of the New Music City Walkway of Stars and divide it into 6 or 9 smaller squares.  In each square you would include a brass star with the former inductees name imbedded inside the star, and on the bottom outside of the star, include the date that this artist was inducted into the old Walkway of Stars Sidewalk at the former Country Music Hall of Fame.  There were 272 names inducted at the Old Walkway of Stars.

“I would presume that adding 20,000 square feet of expansion to the current Hall, would enable to Country Music Hall of Fame Museum to include space for the former inductees from the old Hall of Fame Walkway of Stars instead of the plaque that is in place at this time.”

Inside Track on Music Row: October 2021 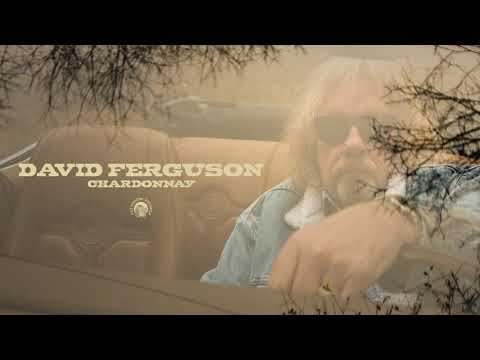 What do Elvis, Tennessee Ernie Ford, Quincy Jones, The Oak Ridge Boys, Engelbert Humperdinck, Ferlin Husky, Connie Smith and a few score of other artists have in common?… […]