Let’s face it if you are a fan of the great Led Zeppelin you will be highly impressed by this group called In The Light of Led Zeppelin. They are superb and I must say in all honesty they do the legendary group a great honor.

The respect for Zeppelin is apparent and shows through with the talent of this group. The presentation and artistry of performance vocally and instrumentally is of the highest caliber.

Home base for this group is the sunny state of Florida. They have been performing the Zeppelin prospectus for over nine years now in several international tribute shows. The texture and quality of the music and performances are of the highest caliber.

Being inspired by Robert Plant and Jimmy Page is what lead this group to create such a solid and worthy tribute the a legendary and dynamic duo. The group feature over 100 songs and this gives fans a huge opportunity to have a difference experience almost every time they see a show. The mix up gives each show it’s own life and interpretation.

The fans will get more than they expected when seeing this group because of the huge range of instruments that are included in each show. You’ll hear both electric and acoustic guitars, pedal steel guitar, electric bass and acoustic bass, keyboards, piano, Hammond organ, and so much more. All these dynamic features are completely necessary for paying tribute to some of the most beautiful music and songs created in the industry.

In The Light of Zeppelin are playing to sold out crowds so be sure to check out their websites below to find out how you can catch this amazing group and purchase their music. Even the young folks are rocking to the music their parents grew up with.

There are seven tracks on this album and musicians are Autumn Martini, bass and acoustic guitar, Randi Fishenfeld on Violin, Keith Howard on drums, and Scott Board on vocals and percussion. Antonio Bolet also performing on guitar, mandolin, slide and acoustic, and Linda Kiley on keyboard/synth, mandolin and backup vocals.

“We don’t play just the album versions. When you come to a show expect surprises. Expect the music to be presented in a way you would only hear if you saw Led Zeppelin live. Expect to hear versions you never heard. Expect to hear cuts from Robert Plant and Jimmy Page’s Solo Albums. We put great effort in studying the evolution of their music. Especially when Page & Plant returned in the 1990’s on their solo No Quarter tour and performed with the Egyptian Orchestra. We re-imagined In The Light of their work and created something new, keeping in mind what is sacred and can’t be touched. For example, Stairway to Heaven – is and always will be the album version. However, we will add violin to enhance the musicality and not change the structure or mood.” ~In The Light of Zeppelin~

When I first began this review I had to take a moment to stop and really listen. I thought it was Zeppelin themselves. I don’t usually like too many cover groups but this one is by far one of the best I’ve ever heard. I think that if Robert Plant and Jimmy Page could sit in on a show they would be honored at the caliber of talent showing such respect to them and their music. Superb job.

Apache Rose Seeking Your “Attention” With Their Latest Rock Single 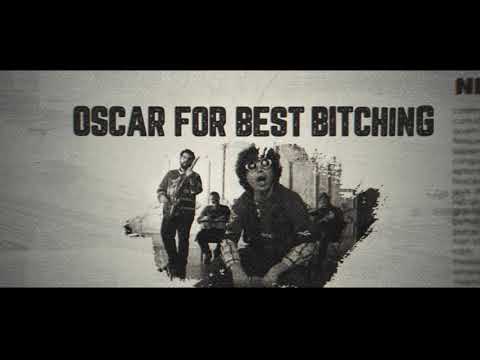 Apache Rose is probably one of the best bands I’ve heard so far this year. I would place them high on the list of artists […]

School of Rock strongly believes that the best way to learn music is to play music, taking students from the lesson room to the stage, developing both their confidence and musicianship with programs designed for all skills. Program staples include the Performance Program, where students will learn harmonies and musicianship during weekly group sessions and performances […]

The incomparable notes displayed on each song set this album apart from so many of the same genre. It lends a style of free expression […]