Vassar Carlton Clements was born April 25, 1928 in Kinard, Florida. His daughter, Midge, said he passed away holding her hand at 7:20 on the morning of August 16, 2005 in Goodlettsville, Tennessee.

Vassar was called by some, a “Hillbilly Jazz” fiddle stylist. But if you knew Vassar, you would doubt if he ever viewed himself as such. I saw Vassar as a kind and gentle soul who has mastered the fiddle. He probably wouldn’t agree, but Vassar Clements was without a doubt a virtuoso violinist. However, in country and bluegrass music, they are one and all referred to as fiddlers.

Mark O’Connor also a virtuoso fiddler, said of Vassar, “He was one of the greatest most creative fiddlers in country and bluegrass history.” Vassar was playing great fiddle at an early age, I know because he became a member of Bill Monroe’s Bluegrass Boys at the age of 14. If you knew Bill Monroe, it made no difference how old or who you were, you had to be an accomplished musician to play in his band, and Vassar was that.

Kris Kristofferson deemed Vassar, “The nicest person I ever met in the music business.”

Vassar Clements finally looked my way in the 80’s. He had heard of a song that I had written, entitled, “Buttermilk and Crumbled Cornbread Days.” He told me later that when he heard that song, he knew he would have to record it, and even do the singing on it. I didn’t really believe it at the time, but I was certainly delighted when he finally did record it. When the time came for us to be called over to the studio to here the recording of the song, my wife Edna and I were very excited. We sat patiently with Vassar’s wife Millie while he played the tape.

When it was over, Vassar smiled and said, “What do you think Hank?” I replied, “But Vassar, you didn’t play any fiddle on my song.” He stopped smiling and looked me dead in the eye and said, “It didn’t need any fiddle.” I pleaded, “But Vassar, I’ve been waiting all these years to hear you play fiddle on one of my songs.” Vassar’s final reply was that it didn’t need it.

So, I have Vassar Clements singing a song that I wrote without one pull on his fiddle bow. Oh well, I guess that in itself is something unique. I don’t know for sure, but I might be the only songwriter in the world to have a song recorded by Vassar Clements and he never played any fiddle on it – and for that I am honored.

The last time I talked with Vassar it was on the phone and we talked longer than I have ever talked with anyone on the telephone. We talked about old times and about him coming up and going fishing with me when he felt like it. In retrospect, Vassar was sicker than I thought, but it just didn’t come through that way on the phone.

On August 19, 2005, Edna and I visited the Bond Funeral Home in Mt. Juliet, Tennessee to pay our last respects to Vassar and his family. While we were there we tried our best to comfort Midge and the rest of his family. It was a sad time for us all, but especially those of the immediate family.

Edna and I couldn’t believe all the beautiful flowers that were constantly arriving, some from around the world. There were flowers from Dolly Parton, George and Nancy Jones, Charlie and Hazel Daniels, Allison Kraus, The Grateful Dead, Lynard Skynard, Jerry and Jill Douglas, Nanci Griffith, Jessie and Joy McReynolds, Stuart Duncan and Family, Tony Rice, Mark O’Connor & The Fiddle Camp, Bill Monroe’s Bluegrass Boys, Keishi Shikota (from Japan), Anthony Delgotto, and on and on. Edna and I were there when Earl & Louise Scruggs came in to visit. We had not seen Earl for a long time. John Prine also came in and Edna introduced him to Harold Bradley. It really was a joy to again our old friends, yet a sad day for us all.

As long as I live, I will always think Vassar as a very kind and gentle man who played his fiddle as though it was part of his very being. The next time you listen to country or bluegrass music – where ever you may be – and you hear a fiddle sounding out, you may very well be hearing Vassar Clements doing what he loved to do . . . play just for YOU! We, in the music world, mourn the loss of this great artist. He probably would have never agreed that was a musical genius, but we who knew him, knew he was, and to prove that we are right, so does the whole music world. 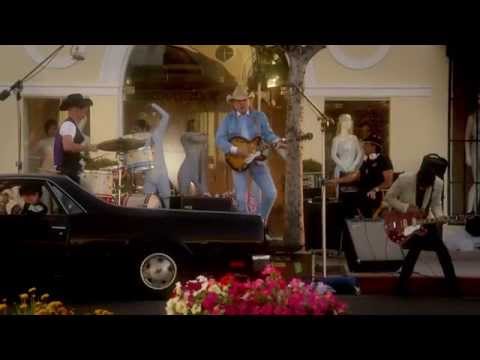 Global superstar singer, songwriter, and actor Dwight Yoakam has debuted a video for his latest track “Liar” on his official YouTube channel. […]

The ‘A Very Special Christmas’ holiday music series, benefitting Special Olympics, will celebrate its 25th anniversary this holiday season with the release of two new […]