Joel Ansett was one of the hottest new artists on the rise in 2015 and 2016 shows even greater promise for placing this young man in league with some the industries most dynamic hit makers. His talents are far reaching not only through his artistic interpretation but through his song writing and performance of this new album “The Nature of Us.” Produced by Brandon Weaver and Chase Weber this collection is priceless.

“Kingdom Come” is a love song with an amazing harmony filled, heart-felt story of how a man in love is doing every thing he can to show the woman he loves how much she means to him. He’s using his music to bridge the gap between them, hoping she will accept his offer.

Vocally he is dynamic and eloquent. His songs reflect life time concerns and questions about the future of mankind’s existence. Each one will cause you to pause, and question. Exploding with creativity.

Joel placed 5th in the Songwriting Showcase for the Rocky Mountain Folk Festival in 2015. Prior to that in 2013 he was a finalist in the International Songwriting Competition. His work has gained so much popularity that is was also recognized in a news presentation featured by CBS. His voice is similar to Jason Mraz and he has been mistaken for this artist on occasions.

Joel began a kick-starter campaign to fulfill his dream on this album. Anyone who can raise $25,000 to accomplish this is a power to be reckoned with. He is the real deal. With a splash of pop, a dash of R&B, and fleeting flash of folk and soft pop your sure to find something here that you’ll relate to.

“Already In Love” expresses how he cannot deny how she has captured his heart and how much he admires every small detail of the essence of who she is.

Melodies on this album are well shaped, original, and even though there were one or two spots of drag, the melodies were delightful and right on target. Instrumentally this album is rich, engaging, and laid back.

“In the Eye” is a testament to what happened the first time I saw my husband…love at first site is real and it does happen. It may not seem so at first but it is there.

His passion to share such accomplished, natural talent is expressed with raw, free flowing emotion. His music is what some might say is serene, tranquil and authentic. As an artist he has a driving imagination and creativity that lends to a true depth in the meaning and clarity of each song.

I was impressed with “Cover Up” because it talks of the other side of life where sorrows and darkness can creep in and try to take hold. This heaviness in his heart is not long lived when the woman he loves comes near. She is the assurance he needs that they will be together no matter what.

This 12 track full length album has every thing. It has groove, soul, pop, and an amazing interpretation of deep human feelings that will inspire listeners to absorb every word.

The last song on the album has an upbeat folk feel to it. “Kings and Queens” is rhythmic and engaging giving highlights to Joel’s guitar talents. Knowing what the listener wants is most assuredly present in this inspiring collection.

Joel Ansett had a dream and he is living proof that you can make your dreams come true it you truly want them.

For more information on this amazing album and talented artist please visit: 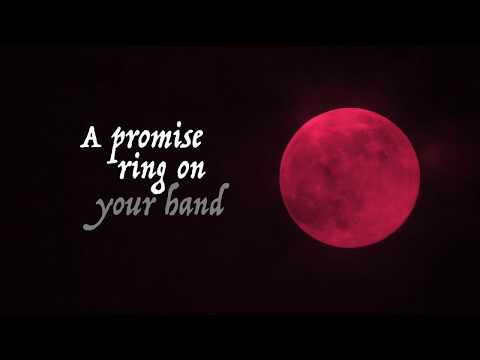 The gifted and talented Emi Sunshine recently released her latest single “Crimson Moon,” based on the famed bar in Georgia, along with her 6th studio […]

“Rotate” is for the adventurer, the searcher, the listener who seeks something ultimately as unique as they are. It’s brave and uninhibited. Introducing Umbrella Bed, […]

The incomparable notes displayed on each song set this album apart from so many of the same genre. It lends a style of free expression […]