She’s been a fixture in both the Christian and country music communities for decades, first becoming known in Nashville as a backup singer with her big sister, Reba McEntire. But Susie McEntire-Eaton has carved her own niche since those early days when the sisters were a couple of Oklahoma girls developing their musical gifts and forging their paths in life, which invariably led them to the recording industry in Nashville.

McEntire-Eaton has cut more than a dozen albums of her own since those days, singing mostly Christian material but also recording songs by such top Nashville country writers as Paul Overstreet (Blake Shelton), Sarah Buxton (Keith Urban), Gary Burr (Kelly Clarkson) and Doug Johnson (Lee Brice). She is also well-known as the co-host of Cowboy Church on RFD-TV, and as the host of the show Jesus Calling: Stories of Faith on Nashville-based Circle TV. The series is based on Sarah Young’s 2004 devotional book Jesus Calling, featuring stories of loss, redemption and faith. McEntire-Eaton, who is married to pastor and fellow musician Mark Eaton, is also the spokesperson for Young’s latest book, Jesus Listens.

A member of the Oklahoma Music Hall of Fame, McEntire-Eaton, like her big sister, started singing in her native Oklahoma before she began working in Nashville. “When I was singing with Reba from ’80 to ’82 she was still in Oklahoma,” she said. “We were singing with our brother Pake before Reba got her contract and had a reason to get her band and go on the road, and I went on the road with her.” She did this interview via phone from her Oklahoma home, as she and her husband prepared for a Cowboy Church service during the National Finals Rodeo in Las Vegas, where they ended up filling a showroom the morning after a Saturday night performance by country singer Aaron Watson.

“I was on the cover of her albums as a back-up singer,” she continued, “and it was really cool to be with Reba in those formative years. I got to sing with her on Johnny Carson, and we were singing at rodeos where we didn’t know if it was gonna be 100 degrees or if it was gonna rain. We just sang in some really hard conditions. But every once in a while there would be a cherry on the top of the cake and it would keep us going. I was with her on PR tours, and she taught me a lot, so many things about just being real, being myself, and about stage presence, and I was able to be in the studio with her. I learned so much from Reba. I was with her when she got her first bus, during that time of expansion, of growth, and it was so great.”

Since she’s the host of Jesus Calling, it only made sense that she should be involved with Jesus Listens. “Harper-Collins asked me to represent Sarah Young’s new book, Jesus Listens,” she said, “so I’ve been doing a lot of promotional work for that. Jesus Listens comes from a different perspective than the book Jesus Calling, which the TV show is named for. Jesus Calling is God speaking to us, but Jesus Listens is first-person, where we are praying to God.”

Not only does McEntire-Eaton bear more than a passing resemblance to her big sister, but she possesses a similar positive and energetic personality as well. Between hosting two television shows, recording, and appearing at various events around the country, she maintains as busy and hectic a schedule as any Nashville touring act. And four decades after she started, she’s as successful as ever. You can keep up with her at susiemcentire.com.

The Many Hats of Rhyme Partners’ Melissa Bollea Rowe

Preview in new tab As the owner of Rhyme Partners, a Nashville music publishing company representing hundreds of cuts by dozens of artists, Melissa Bollea […] 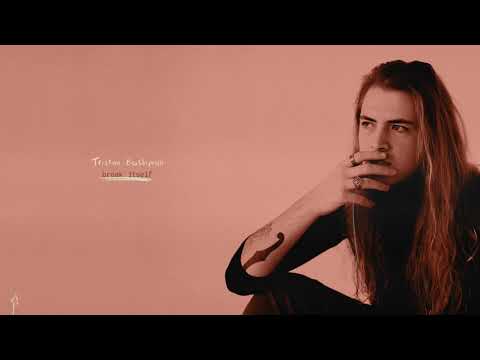 Many songwriters and artists migrate to Nashville in search of success in the country music industry, but there’s a lot more to Nashville music than […]

How Eric Dahl’s Love for People, Guitars and Broadcasting Has Made Him a Nashville Favorite

Television and music fans in Nashville know Eric Dahl as the host of the weekly TV show Rock & Review on WZTV, FOX 17, where […]