PETER MAX RETROSPECTIVE – THE COLLECTED WORKS 1960-2017, a newly-curated and highly-anticipated Collection from Pop Artist legend Peter Max, is the most important collection of his works ever assembled, and spans decades of celebrity portraiture and pop influence.

Now in the sixth decade of his renowned and prolific art career, he is still creating modern masterpieces. This presentation is truly the finest ever on view and available to Collectors.  Nashville’s venerable Bennett Galleries will exhibit the works September 16th through September 24th, 2017. http://www.bennettgalleries.com/

Noted Curator & Peter Max historian Lesley Smith will be in-gallery throughout the art receptions; offering historical perspective, legendary anecdotal “behind the scenes” stories and discussions about the life, times and influences of the Artist.

This extraordinary presentation also includes Music’s most famous portraiture and all artwork is available for acquisition.  Admission is complimentary, and all events are open to the public.

The exhibit features Max’s iconic and most influential pieces, among them “Statue of Liberty,” Max’s famous “Flag” pieces, “Umbrella Man” and the prestigious “Cosmic Runner.” Revered for his celebrity commissions and portraits, Max’s celebrity portraiture will also be included in the Nashville Presentation.

Considered to be one of the most significant artists in today’s pop culture landscape, the Artist was commissioned to create a portrait of Tom Petty, the 2017 honoree for the Grammy Awards MusiCares dinner. Past honorees Max painted include music legends Lionel Richie, Bob Dylan, Bruce Springsteen and Paul McCartney, many others. Peter served as official artist for the Grammy Awards five times and for the Rock and Roll Hall of Fame 30th Anniversary.

Last year Max honored superstar Lionel Richie at the Grammy MusiCares Foundation dinner which serves to helps musicians in need. Recently, while flipping through the catalog Richie noticed a portrait of himself that was auctioned that evening.

When Richie saw the painting was by Max, he immediately called the artist and asked to visit his studio in New York City. Once there, he and Max, a huge fan of Richie, traded hugs and Richie told Max he had missed the opportunity of meeting Andy Warhol as he was still living in Tuskegee, AL and was thrilled to meet Peter Max.

Curator Lesley Smith has assembled this Collection of Max’s greatest and most-revered imagery spanning five decades, from his iconic cosmic Art from the Summer of Love and Woodstock era to the 2013 unveiling of Max’s design for the cruise ship Breakaway and his latest project.

This carefully curated collection is a museum-like retrospective of Max’s works. Max has painted for the past seven U.S.Presidents and his art is on display in museums, presidential libraries and in U.S. Embassies across the globe. He has been the Official artist of the Grammy’s, five NFL Super Bowls, the 2006 Olympics, the World Cup USA, The World Series, The U.S. Open, The Indy 500, The NYC Marathon and The Kentucky Derby.

America’s most popular living Artist celebrates our world, our country and brings a message of unity, love and hope to all.

In 2015, Max was commissioned by NBC to create portraits of The Voice coaches Adam Levine, Blake Shelton, Gwen Stefani and Pharell Williams in celebration of the show’s ninth season premiere.

Max made his footprint as an unstoppable force in the art world beginning at the prestigious Art Students League of New York, alongside such artists as Robert Rauschenberg, Jackson Pollack, Cy Twombly and Norman Rockwell.  The League was a formative influence on these artists’ innovative artwork and has led each one to greatness and an important legacy in history

Max’s Art Students League scholarly influence inspired all of his extraordinary artwork, and of late, his new Masters series; his interpretive works of Vincent Van Gogh, Monet, Pablo Picasso, Renoir, and Edgar Degas, conceived in Max’s signature style and colors.  These works speak to both a maturation of the artist’s illustrious career, as well as to his formidable training at the 130-year-old Art Students League.

COMPLIMENTARY TO THE PUBLIC – RSVP’S REQUIRED 855-377-1010 or nashville@roadshowcompany.com

Commissions of portraits are available to all patrons and guests. The Exhibition features Peter Max’s most famous works and premiers never-before-seen archival photos and footage from his early career.  Iconic Celebrity works of Musical legends on exhibition & available for acquisition.  This is the do not miss event of Nashville’s Fall Art Season.

The Raelyn Nelson Band Is Having Fun While Releasing Songs, Videos Monthly 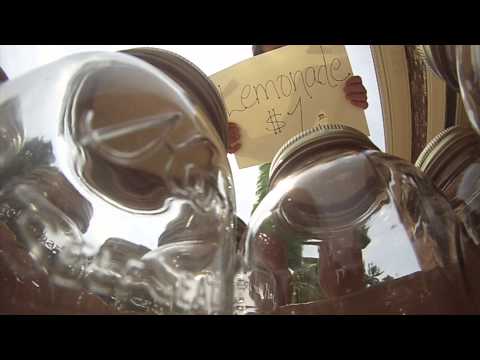 When the relative of a famous singer starts to release their own music, there are often critics that allege they are riding the coattails of […]

Willie, Kris, and Merle Come Together on “Old Friends”

Out next Friday, August 31st, ‘King of the Road: A Tribute to Roger Miller’ is the sweeping, essential homage to the late legend, but today, […]

One morning in late August, we read in Country Aircheck that Sony Nashville – one of the biggest country label groups in the world and […]