Deep in the heart of Nashville TN during the summer of 2017 Oddnote was born. A group of outstanding rock n roll cats who just want to share their love of music with the world.

Arman Asadsangabi, lead vocalist and frontman for the group hopes to bring a deeper meaningful connection to the music experience for the listeners by joining exotic sounds of the past rock scene with today’s rock and psychedelic scene.

Last year, in October of 2017 the group embarked on recording its first album at DogFox studio in Nashville TN. This album is jam packed with a full track list of 15 hard driving songs. Before undertaking such a huge step Arman searched for the missing pieces to the puzzle, the missing links to the formula for Oddnotes. He found Rocko Beall – guitarist, Nick Hugg on bass guitar, Joseph Downing – guitarist and Matthew Millstein on drums. They are now the supersonic group called Oddnote.

The self titled album was released earlier this year on all streaming media sites. The group has scheduled a spring tour to promote the album. Even though the group is still in what you would call it’s infant stage the talent absorbed into the essence of the group is well beyond it’s age.

This group presents in the category or genre of rock, psychedelic rock, hard rock, or alternative. They have been likened to artists such as Nirvana, Black Sabbath, and Queens of the Stone Age.

Most people think of places like Nashville as a country scene but never stop to actually realize that there are many different kinds of music being created in the highly sought recording studios. Blues, Jazz, Heavy rock, Soft rock, and all forms of country music. Oddnote is just one of many rock groups that perform and record in Nashville regularly.

There are 15 tracks on this album but they are short and to the point. The group is breaking ground on a new adventure and believe me they show no signs of slowing down.

Each song has a special meaning buried deep within. The powerful vocals and visionary display with lyrics is exceptional. The rhythmic poetry of the lyrics blend with the musical composition to give you a new taste of sublime artistic genius.

You’ll find yourself daydreaming as if your taking a trip with Nirvana or taking that otherworldly flight with Black Sabbath. It’s a spiritualistic flight into the unknown but when you come back you’ll be transformed. Oddnote is all this rolled up into one phenomenal group.

As you absorb each note and each lyric you’ll also devour various flavors of grundge, rock, psychedelic tangos, and howling guitars.

All the vocals are super charged, if you love dynamic rock n roll that brings out your primitive side then Oddnote is the group for you.

For more information on Oddnote you can check out the sites below and for your enjoyment here we have included the a link to the 15 tracks so you won’t have to look to far.

To be honest if you didn’t already know that this was a debut collection or that this group was barely a year old you would think they were already “dues paid and legends made”…so to speak. (Note: All cover art and photos courtesy of Independent Music Promotions)

“Return for Refund” Self Titled Album Hits the Winner Circle 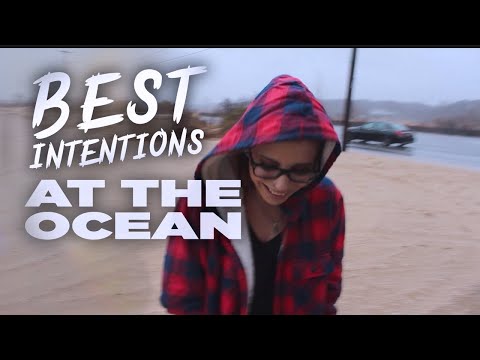 In all started in 1969 when a group of brothers, cousins, and family members decided to get together and create what would be one of […]