NASHVILLE MUSIC GUIDE (NMG) is proud to sponsor Acoustic Performance Night at the legendary Douglas Corner Café on the first Wednesday of each month from 8pm to midnight with no cover charge. The format of the event, hosted by NMG founder Dan Wunsch, is six singer-songwriters showcasing their writing, singing and performing talents in a 30 minute set and a late open mic.

The October 5 show will feature Grammy Award winning songwriter John Capek, whose songs have been recorded by Rod Stewart, Cher, Diana Ross, Chicago, and many others. Capek is also an accomplished composer, songwriter, keyboard player, arranger and has scored music for feature films and television. Joining him on stage will be Vance Lambert (singer-songwriter ala Cat Stevens), Don McNatt(Virtuoso Guitar Singer Songwriter & TV Personality), Pino (MusiK Mafia Percussionist with his surprise artist protégé), Jamie Saylor( Real Kountry music) and Crystal Sands (“label ready” country singer songwriter).
The November 2nd show will feature Grammy Nominated writer Rand Bishop with over 250 songs recorded by such renown artists as the Beach Boys, Toby Keith, Heart, Indigo Girls to mention a few). Bishop is also an accomplished author, recording artist, studio vocalist, producer, recording engineer, A&R exec, and publisher. He will be joined on stage that night by five other hit and/or up and coming performing singer-songwriters.

The December 7 show will feature SESAC Legacy Award Recipient Stan Webb whose songs have been recorded by Tracy Byrd, George Jones, Pam Tillis and many others. Webb recently co-wrote a song with John Anderson that is on the recently released compilation album of civil war tunes entitled The 1861 Project. Webb also wrote the tune “I’m From The Country,” which earned him the 1998 SESAC Country Song of the Year award and has recorded his own album of original 17 songs entitled Get A Little Country On You. He will be joined on stage that night by five other hit and/or up and coming performing singer-songwriters.

Why a performance night instead of a standard in-the-round songwriter night? In Wunsch’s own words, “Writers night are great if you want to listen to songs, but they fall short in showcasing the singer-songwriter as a performing artist. Because of single downloads, the new business model for the record industry is to sign ‘performing artists,’ who can build a fan base, tour and sell albums at their gigs. Hopefully this night will turn into an opportunity for the industry to hear a few of these ‘undiscovered‘ artists for the first time.“ 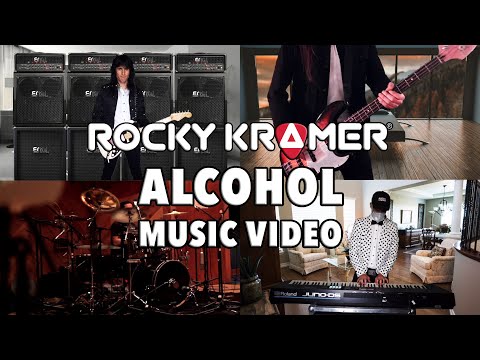 Rocky Kramer will be hosting “Rock Of Ages” on this week’s episode of Rocky Kramer’s Rock & Roll Tuesdays on Twitch. Tune into Twitch on […]

As the means for delivering and consuming music continue to grow more sophisticated (and more digital), so do the choices for promoting that music and […]