Nashville, TN is best known for its superstar lineup of country music artists. But it is also a wondrous melting pot of many other deeply loved genres of music from around the world. Americana is one of those most favored.

With its roots-rock, bluegrass, and folk texture Americana music imbues the true essence of distinctive sounds that are personal and passionate. Americana artist Nancy Wenstrom, a California-based Americana/Blues artist recently released a new single called “Alabama Song” on April 8th of this year.

The song is about her teenage life living in Alabama and the memories of coming of age, reflecting on family, and the empowering feeling of the beauty and spirituality found in nature.

“Wenstrom’s voice is extremely pleasing…and is continuously strong. She’s not a belter, nor does she need to be…the one-two punch of her vocals and guitar playing is enough. Her equally impressive guitar chops are a treat for listeners throughout…sultry, jazz infused at times, and she can play blues with a feeling.” -The Golden Gate Blues Society “Golden Gate Grooves.”

Wenstrom is a vocalist, songwriter, and guitarist, born in Houston Texas, and who grew up in an Air Force family living in the beautiful Azores, Nebraska, California, and Washington D.C., as well as her time spent in Alabama. She studied piano at the age of 8 and guitar at 12 while enjoying music by some of her favorite performers such as Jimi Hendrix, Jimi Page, and the infamous Allman Brothers.

Her career has spanned almost 40 years performing and singing the blues, rock, jazz and splashes of pop. Her unique talent has blessed her with the opportunities to perform with artists such as Grateful Dead’s Bob Weir, and opening for artists Huey Lewis, Joe Cocker and Elving Bishop.

Her newest album “Inside Story”, consists of 10 original songs and was recorded just before and during the pandemic of 2020. The album was recorded at San Francisco’s Studio on the Hill.

“Alabama Song” is a marvelous melody of southern hospitality and reminds me of legends such as The Carters and Loretta Lynn. The steel guitar and harmonies take me back to my own childhood in the hollers of Alabama.

From the Artist:
Alabama Song, is the second single from my album Inside Story. Playing slide on my Regal resonator guitar in an open tuning was the inspiration for the music and perfect for the feeling of the song’s nostalgic theme.

This song was inspired by thoughts of living in Alabama as a teenager and returning for years to visit family and friends. It’s about coming of age and recalling memories of my parents’ house on the lake in a remote part of Alabama. It reflects the beauty and spirituality found in nature, as well as gratitude for the gifts of life that sometimes can only be realized when looking back at a time that is past and gone.Alabama Song, is one of 10 newly recorded original songs on my upcoming album, Inside Story,all new Americana music on our Indie label, WCM Records. Lyrically there seems to be the thread of letting go. I grew up moving a lot due to my father being in the military, and in my adult life I experienced the transient life as a working musician. Musically, the album contains a deep influence of the blues, folk and rock & roll I was raised on, which inspired me to play the electric guitar and write my own songs.

A WILDWOOD Moon Rises In Nashville

‘There is a flower in the Wildwood that is loved and promised to be loved. Then one day love leaves and she is left sad and neglected.” […]

Queer Country West Coast is proud to present Lavender Country, Paisley Fields and Eli Conley on Friday, May 18th at 8 pm. The show is […] 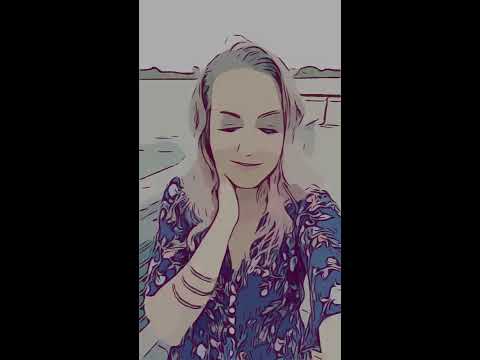 It was such a pleasure talking with Resurrection Fern regarding her latest release “Siren.” This is the third and the final single that will be […]