Outstanding alternative rock group Mleo has set the bar high once again for new comers in the industry with their single “Ridiculous”……it’s so good…it’s ridiculous!!

Sliding in to the genre of rock, pop, and alternative rock with groups such as No Doubt and Sublime, Mleo has presented themselves with style, grace, and a lot of talent.

Their full album release “Sunken City” that originally came out in 2014 is flying high on excellent reviews and appears to be the building block to the song we focus on today, the newest single “Ridiculous” released this last October 5th, 2015.

Lead vocals…well let’s just say…. you’ll love them. Audrey Reed’s voice is magical and ethereal and presents your ears with meaningful, confident, and clarity of a seasoned professional. Her talents place her in the company of Adele and she would give Lady Gaga a run for her money.

The band originally started out as a trio in high school and then formed the current group in 2012 and have spent the last three years perfecting their techniques, tones, and solid authentic style. Young, fresh and free to express themselves Mleo is on target in this genre and climbing fast.

The single “Ridiculous” opens with super sonic intensity and then eases itself into smooth, clear and crisp vocals. Audrey Reed hits some really nice high notes. The guitar actually reminds a little of Santana. I really love the guitar rifts that almost send you off into outer space. I could see this as a cool space video with the artists floating in the zero gravity, still keeping the beat and never missing a beat or a note. Sharp.

With major influences from funk, rock and jazz the group has a broad range to express their talents. Their focus on being a modern rock band is apparent as they move toward a new year and new visions with limitless boundaries on where they would be able to take their ideas.

Instrumentation on this album is outstanding. Carefree and natural. The tone and sound is reminiscent of artists who have been performing together for decades.

Elias Vasquez on drums holds the momentum together nicely with solid high energy. Victor San Pedro is outstanding on guitar. His raw and magnetic interpretation of lyrics into music intricately weaves the lyrics and instrumentation together as one not two separate entities. Amazing.

Listening, intently to the lyrics from this group will give you an even greater sense of the talent between these four young artists. The arrangements flow, are not forced or labored and the melody is poetic in nature.

Nick De La O is highly accomplished on bass and proves that with the tight, solid link between him and Elias on percussion. Vocally Audrey Reed is an all natural. Her voice is unique and mesmerizing. The tone and depth of the inflections on each word are attractive and appealing.

To sum up Mleo I would say….melodies are well shaped and delightful. Vocals are rich, distinctive and confident. Lyrics are thought provoking with depth and feeling. Engaging, laid back and solid could describe the artistry of instrumentation on this album. It is representative of a natural talent not something digitally created from a machine. As artists, I would say these four young people are professional, accomplished and show a futuristic outlook that will take them to bigger and better things

All the members of this young group carry experience beyond their years. This is just the beginning of what looks to be a very promising career for Mleo.

For more information on this accomplished young man and his music you can visit the following sites. 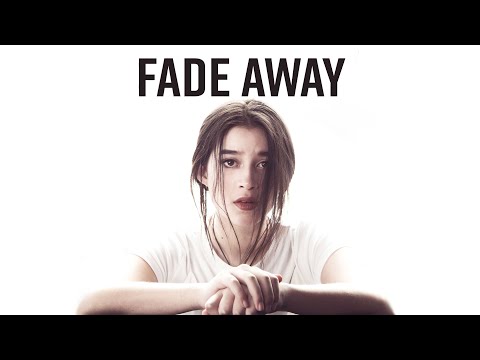 This new self-titled EP from pop singer/songwriter Aza Nabuko is brought to you by JumpAttack Records. Aza is 16 and truly a gifted young up […]

After becoming the first Asian to win British, European, Intercontinental and The World Full-Contact Kickboxing championships, British born Ali Jacko woke up one morning and […]