Country fans in central Iowa are blessed to spend their middays with Doris Day of KIX 101.1 in Marshalltown, and blessed at the station’s commitment to live-and-local broadcasting.

The live-and-local approach brings radio back to its roots, and is hugely appreciated by listeners.

“Todd Collins is our Program Director, and Todd loves live,” Doris says in a mid-January interview moments after she finished her air shift.

“We have the ability to voice-track, and Todd’s `uh-uh,’ ” she continues. “With live radio, you can reach out and touch more people. And in Iowa, weather happens just like that. With that in mind, we have to get on the air ASAP when something happens.”

This is especially important in Iowa, where The 2011 New York Times Almanac reports that “75 percent of Iowans are employed in agriculture-related industries and 90 percent of the land is farmed.” For farmers, the weather can make or break their livelihood.

One listener Doris drew to KIX 101.1 not long ago was Nashville Music Guide co-editor Joe Matthews, who at that time was working for a motorcycle magazine in Iowa. Joe’s kept tabs on the station and kept listening online since he relocated to Music City to work for his uncle Randy Matthews at the NMG and TCM Records.

“Joe Matthews is listening online in Nashville, and that’s so cool,” Doris told her listeners hours before our interview. “Can we play Joe Diffie’s `Home’ for him? Happy to do it, Joe.”

Like many in radio, Doris has worked at several stations. She started at KWNO/Winona, Minnesota, then spent 20 years at WAXX/Eau Claire, Wisconsin, a time she remembers fondly. She also often worked overnights, which at many stations is midnight-5 a.m., and since she has always been a working Mom it was a challenging schedule.

As a kid she always loved radio but never imagined working in the business, in part because in those days there were almost no female air personalities. It’s still a male-dominated business, she says, even in a country format where the vast majority of listeners are females.

“I think it really is important to have females on the air, in touch with females. Who knows a female better than a female?” she says. “Radio is still a boy’s club, and when you think about it the female artists that make it in country music relate to female listeners well. Look at Taylor Swift, and all her teen-age girls fans, and artists like Reba, who relate to the older female demos like myself.”

One of the cool stories about Doris Day is where she came up with that air name, which is the same as the legendary American actress and singer who charted 41 Billboard pop singles between 1947 and 1954, including three No. 1s.

“My first name is Doris, and at WAXX my air name was Doris Marie,” she says. “When I started down here in 2004, Clark Wideman, our General Manager, said `we gotta change your name.’ ”

Doris said okay, then asked what he wanted to change it to.

“I loved the name `Doris Day’ as soon as I heard it,” she says. “That way I could keep my first name. And I remember watching `The Doris Day Show’ on TV when I was a kid..”

She was also thrilled to be doing middays, a shift that fits this busy working Mom’s hectic schedule must better than overnights.

So like the Nashville Music Guide and TCM Records, Doris Day is bringing country radio, country advertisers, and country fans loads of exciting music and first-rate personal service as 2011 gets underway.

The ‘A Very Special Christmas’ holiday music series, benefitting Special Olympics, will celebrate its 25th anniversary this holiday season with the release of two new […]

As the means for delivering and consuming music continue to grow more sophisticated (and more digital), so do the choices for promoting that music and […] 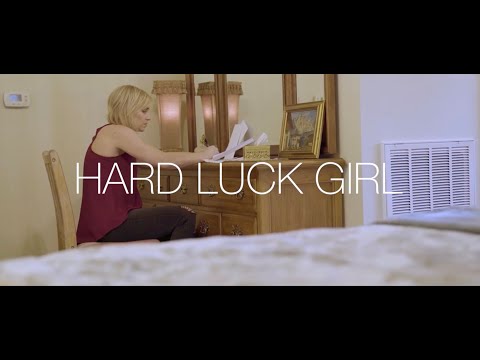