High energy was the theme for the Keith Urban Graffiti U Tour  at the Bridgestone Arena last weekend.  Bright lights and a sweet voice, Kelsea Ballerini warmed up the crowd with many of her hits including “Roses”, “I Hate Love Songs” and closing the set, “Peter Pan”.

“I moved to Nashville at 15 to do just this,” she shared with the packed house. “My first opportunity was as a songwriter, and I feel like I’ve learned the most by listening to and watching songwriters.” Ballerini also offered advice

to all the songwriters in the room wondering if Nashville is the next step in their own journey, “It is. Do it,” she added. “It could change your entire world.”

Her Nashville fans were on their feet dancing, singing every word back to her. Kelsea asked the crowd to sing along with her as she acoustically covered Stevie Nicks “Landslide”. She really got the crowd ready for Keith Urban in Nashville style.

Keith Urban came out into the crowd with a bang, high-energy, strong vocals and a great band, all artists in their own right.  Keith strutted on the stage in a torn t-shirt, jeans and work boots, giving the screaming crowd exactly what they wanted and expected.

He played so many of his favorite hits, some high energy and some very soft.  There were incredible moments including two fans who came on the stage and presented a poster that they made for him.

He decided to invite two guests of his own, Nicole Kidman and Reese Witherspoon. They emerged on stage and greeted a crowd that was screaming with excitement.

Keith and his band continued with a raging performance playing songs like “Never Coming Down”, “Coming Home”, and “Parallel Line”. Emerging country sensation Kassi Ashton came out with her raw and powerful presence and sang “Drop Top” , a song she recorded with Keith.  The arena loved Kassi and fully fed off of her energy.

He then brought on musical sisters Lark and Poe to not only sing, but play some mean rock and roll on their string instruments.  The highlight of the evening was when Carrie Underwood came out and joined Keith to sing their popular hit, “The Fighter”.  Glowing with a new baby bump, Carrie wowed the audience with her power house vocals.

Keith even introduced the Tennessee State University marching band  to play to play a hit from his No.1 album Ripcord. Keith really gave Nashville an incredible night to remember.  He is definitely an artist you will want to see live so make it happen!

At the press conference before the celebration, we (media) had a chance to interview everyone. With Keith in the middle, the questions started. “The Idea […] 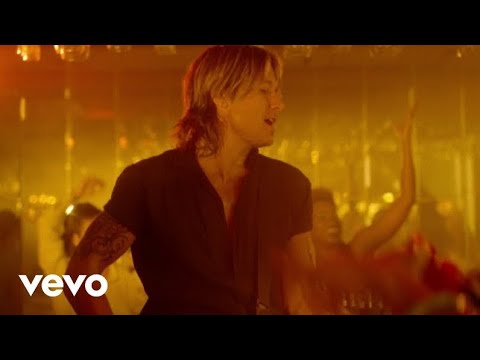