Many musical acts, such as country group Rascal Flatts, owe a lot of their success to their “street teams,” groups of fans that publicize a band’s music, and particularly its live shows, in cities around the world. Now, three enterprising young Alabama sisters have decided to take the street team concept a step further, developing what they hope will become a business that doesn’t just focus on publicizing a single artist, but on providing personalized promotion services to many artists, primarily in the country genre.

Mary Ann Kaylor and her sisters, Lisa Kaylor and Cindy Smith, have embarked on a journey working the streets for their favorite acts, which can include anyone from an up-and-coming rock artist to a well-established Nashville country band and beyond. Calling themselves the “Kaylor Girls,” the promotions enterprise goes beyond just the three sisters. The group now has members in Auburn and Decatur, Alabama, Indiana, Nashville and other locations, women who do whatever it takes to help promote an artist, from the big dogs to the locals just starting out.

Mary Ann is what her sisters call the “ringleader,” and while Cindy and Lisa are still headquartered in Alabama, Mary Ann recently moved to Nashville to pursue her passion for working with musical artists.

“I am, I guess, the CEO of it all,” Mary Ann said modestly. “Cindy does our website, which is pretty involved, and Lisa drives the street team in Alabama. And I was commuting to Nashville at least twice a month to work with artists anyway, so I figured I might as well move here.”

The sisters and their accomplices have worked to help promote shows featuring Easton Corbin, Luke Bryan, Colt Ford, Brantley Gilbert, Justin Moore, Randy Houser, Big Loud Shirt songwriter Clay Cumbie,  and others, and have sold merchandise for Clay Walker and Randy Travis. They also have helped promote numerous local bands in Alabama, especially for after-parties of major artists in clubs. The Kaylor Girls have more than 85,000 friends on their MySpace page, and are getting requests from around the country for their services in helping spread the word about artists of all types.

The concept started off slowly and accidentally in Auburn, Alabama, where two of the sisters attended college. “We started doing it just for the fun of it, helping promote shows at clubs and working with friends of ours and bands we liked,” Mary Ann said. “Next thing we knew, I had the bars in Auburn calling me all the time, and little by little it started to grow. While country music is my favorite, we also work with rock acts.”

how to get your ex back

While the goal is to make the Kaylor Girls a bonafide, profitable music business enterprise, the sisters and their members have yet to see a substantial financial return. But the biggest perk, and what motivated all of them to do this in the first place, is that they get into shows for free and get to be around the artists they enjoy so much.

“We know how hard it is to get started in the music business from the friends we’ve made,” Lisa said. “So while we hope to make it a successful business, we get to experience the joy of watching music and getting to hang out with some great people.”

“Our idea originally was to promote local bands, people we knew, our friends,” Cindy said. “Eventually we began to realize it could become something bigger. We were all still in college at that point, and started to think about the future and how this might be part of it.”

Mary Ann said that moving to Nashville will help her make connections for Kaylor Girls in other states, as well as to further her own “school of hard knocks” education by learning the ropes of Music Row firsthand. She plans to attend MTSU next year in pursuit of a music industry degree.

Somewhere, every weekend, a Kaylor Girl is working a show, and that can happen several times a week, sometimes even three shows a night. The sisters, particularly Cindy, also spend time utilizing social media including Twitter and Facebook, as well as their own website, to keep in touch with friends and fans and to promote the bands they’re working with.

When it comes to performing, the sisters are unanimous about their own musical abilities: they don’t have any. They’re just fans. “We were all in marching band and all played trumpet at one point,” Cindy said, “but none of us have any real musical talents.”

So for now, with Mary Ann making connections in Nashville and the other girls continuing to do business in other states, it seems to be only a matter of time before the Kaylor Girls become an in-demand part of doing business in the concert and club world. “We have so much fun with it,” Mary Ann said. “We’re still earning what works and what doesn’t.”

For more information go to: www.kaylorgirls.com 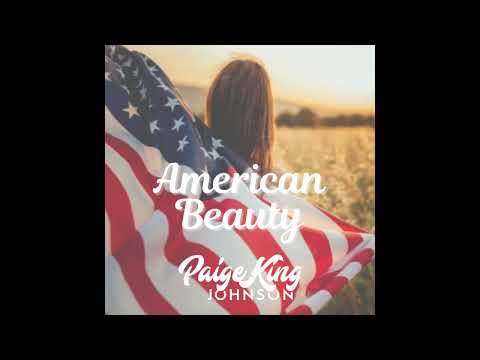 Country Paige King Johnson has released her newest single “American Beauty” and it is the perfect song for summer. The upbeat song highlights all the […]

The Writer’s Den Signs Tom Worth

The Writer’s Den Music Group continues it’s aggressive growth with the signing of songwriter and musician Tom Worth, it was announced today by Writer’s Den […]

The Second Fastest bartender in Nashville, Alise Alicardi!!! She&apos;s probably served you at your favorite bar. You probably thought she was mean. But really, she&apos;s just a meme-loving mom who wants you to stop doing drugs and take a nap.@alisemarieohmyThe Jordan Harbinger ShowApple Best of 2018-Learn the stories, secrets & skills of the world’s most fascinating pplListen on: Apple Podcasts   Spotify Rice TalkThanks for joining us. Let's explore things everyone wants to know. Listen on: Apple Podcasts   SpotifySupport the show