Capping off a record-breaking year in sales, radio airplay and touring numbers, CMA Entertainer of the Year and Male Vocalist of the Year nominee Jason Aldean is gearing up to release one of 2012’s most buzzed about new albums, NIGHT TRAIN, tomorrow. Release week kicks off in New York City with national media appearances including Good Morning America (10/16) and Live! with Kelly and Michael (10/17), among others. On Oct. 18, fans will want to track Aldean and the NIGHT TRAIN closely online for release week surprises not to be missed. Follow the countdown and watch it live on 10/18 at www.jasonaldean.com.

“We posted the full stream of the album on iTunes this past week, and the fan reaction has been incredible…really more than I ever expected,” says Aldean. “They’ve been messaging me and tweeting about their favorite songs, and I love getting that feedback directly from them. I named the album NIGHT TRAIN because I think it sums up where my career is at the moment and how quickly things seem to be moving…it’s almost hard for me to even comprehend. That name wouldn’t work without my fans, so I want to thank them for allowing me to continue to make records and for buying tickets to my shows. 2013 is already stacking up to be an exciting year with some big surprises in store for them!”

After being spotlighted in The New York Times and USA Today as one of the most anticipated albums of Fall, NIGHT TRAIN reviews are already rolling in, with USA Today featuring it on the cover of today’s Life section and the Newark Star Ledger raving that it is “a country album that leads with its intelligence and muscle. There is no better persuader in Nashville — no artist better suited to convincing the uncommitted pop listener who’d like to give country music a try, but doesn’t know where to start.” Entertainment Weekly calls Aldean’s delivery “EPIC,” Billboard points to the singer pushing the limits to move his “sound forward sonically, vocally and lyrically,” and Country Weekly concludes with “it’s clear he can do it all pretty damn good.”

In true Aldean fashion, NIGHT TRAIN offers 15 songs that cover broad turf, expressly building on his reputation for finding quality songs and defying categorization. Highlights include an unapologetic celebration of the American work ethic on “The Only Way I Know,” a collaboration with friends Luke Bryan and Eric Church, the intense vocal deliveries of mid-tempo love songs “Staring At The Sun” and the title track, and the addictive ear worm that’s sure to prompt an onset of nostalgia for the year “1994.” The album has already produced a record-breaking, three-week No. one single with “Take A Little Ride” and comes on the heels of the top-selling country album of last year and reigning CMA Album of the Year MY KINDA PARTY.

The Georgia native recently earned three Country Music Association Awards nominations for the Nov. 1 show, in the categories of Entertainer of the Year, Male Vocalist of the Year and Single of the Year for “Dirt Road Anthem.” Additionally, he has sold out every show on his MY KINDA PARTY TOUR presented by State Farm®, – often in minutes at the day of on sale – and has broken over 40 venue attendance records. The tour has gone on to sell an unparalleled 1.9 million tickets and wraps Oct. 27 in Dallas, TX.

For a full list of appearances and more information on NIGHT TRAIN, please visit www.jasonaldean.com.

Phenomenal player Jerry Douglas put together an all-star cast of musicians to pay tribute to the great Tut Taylor. Its new workings of classic Taylor tunes will blow your socks off. Douglas assembled 14 of the world’ […] 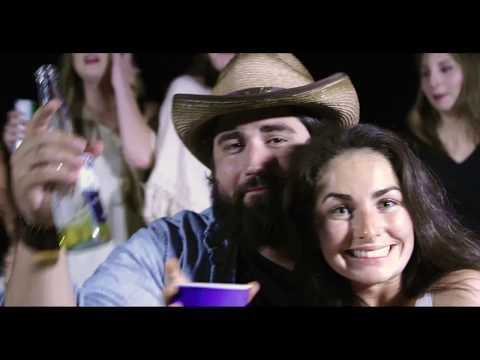