Sturgill Simpson has recorded his own version of “Paradise,” one of John Prine’s songs best loved by his fans.  Listen to the song, out now on Oh Boy Records, at https://orcd.co/songsofprine.   It will be included in the John Prine tribute album titled Broken Hearts and Dirty Windows: Songs of John Prine, Vol. 2. The album is set for release October 8, 2021. All proceeds benefit UNICEF USA’s Covid-19 Relief Fund. Prior to the album’s release, each month Oh Boy Records is releasing a new song from the project. Simpson’s version of “Paradise” follows Brandi Carlile’s version of “I Remember Everything” that Carlile performed song at the 63rd Grammy Awards. Simpson recorded “Paradise” at The Butcher Shoppe studio where he and Prine had written and recorded numerous songs.  It was the last song to be recorded at the studio before its demolition.  Oh Boy Records, celebrates its 40th anniversary this year. Pre-order vinyl, CD or digital versions of the upcoming album at https://store.johnprine.com.

Jeannie Seely celebrated the 55th anniversary of her debut performance on the Grand Ole Opry®, May 28. On the night of her debut, she sang “Don’t Touch Me” on the portion of the show hosted by Wilma Lee and Stoney Cooper and sponsored by Stephens work clothing. In total, she made eight guest appearances in 1966 and three more in 1967 before becoming an official member and inducted to the Opry® family on September 16, 1967. The classic country trailblazer celebrates 54 years as a Grand Ole Opry® member in 2021 and is one of only three living women (the others being Loretta Lynn and Connie Smith) to have reached this milestone. “Whenever I have had the opportunity to introduce an artist on their debut at the Opry, I always stress to them and the audience that this is a night they will remember for the rest of their lives,” shared Jeannie Seely.  Listen to Jeannie Seely talk about “Don’t Touch Me at https://www.shannoncountry.com/interviews.   Clips courtesy of TV and Radio personality, Shannon McCombs

Endurance Music Group/LP Creative indie pop songwriter-artist and producer Natalie Madigan has signed with ASCAP for PRO representation. The announcement comes as Madigan releases her latest EP, Put the Light Back, available on all major streaming services. Her acclaimed single from the new EP, “Empath,” has been spotlighted on Apple Music’s Acoustic Chill and New in Singer-Songwriter playlists, and she is currently a featured artist on American Songwriter’s Daily Discovery series. Madigan will perform as part of the just-announced Pilgrimage Music & Cultural Festival 2021 lineup on September 25-26. Nashville-area native Madigan has always been making music in some capacity. By first grade, her parents enrolled her in piano lessons, which she continued for 12 years alongside musical theater, voice lessons, and choir. Her acceptance into NARAS’s Grammy Camp Nashville during her senior year helped her decide to pursue a career in the music industry, and she went on to study Audio Production at MTSU on a NARAS scholarship, where she refined her songwriting, singing, and production skills. Listen at https://www.nataliemadigan.com.

“There are so many incredibly talented artists, songwriters and producers – all friends of mine – who helped make this album possible,” said Young. “It’s only natural to call the album ‘Famous Friends.’”

In addition to “Raised On Country,” “Drowning,” “Town Ain’t Big Enough” and “Famous Friends,” his new song “Rescue Me,” which Chris first teased on Instagram, can be streamed and downloaded now. Young performs a free concert, Monday, July 5 at 7:00pm on the Let Freedom Sing stage at 1st & Broadway where he will record a new music video for the album. More at www.chrisyoungcountry.com and @ChrisYoungMusic.

The most iconic honky-tonk in the world found a way to get even louder.  Tootsie’s Orchid Lounge, the purple cornerstone honky-tonk in the heart of Music City’s Lower Broadway entertainment district, sponsored Trackhouse Racing’s No. 99 Chevrolet Camaro and driver Daniel Suarez in the June 20 NASCAR Cup Series race at Nashville Superspeedway. The event was the first NASCAR Cup series race in the region in 37 years. Trackhouse Entertainment Group founder Justin Marks said he chose Nashville as the headquarters for his burgeoning sports and entertainment enterprise to marry the cultures of music and motorsports. He called it an honor to represent a country music institution that is world famous for launching hundreds of musicians’ careers. “Nothing is more quintessential Nashville than Tootsie’s,” said Marks, whose Trackhouse Entertainment Group is established in Franklin, Tenn. Tootsie’s owner Steve Smith said he believes NASCAR fans and Tootsie’s are a perfect match. Kyle Larson’s No. 5 car won with Suarez and the Tootsie’s No. 99 finishing in the top ten. More about Tootsies at www.tootsies.net and Trackhouse Racing Team at https://www.trackhouse.com.

NEW KIDS ON THE ROW NEWS:

Country soul singer-songwriter Audra McLaughlin knows that money can’t buy happiness, as reflected by her upcoming single, “(Can’t Buy) Fun Like This.” Due for release on July 9 and currently available for pre-sale on Spotify and Apple Music, McLaughlin’s summertime anthem indicates she would rather wear a pair of cut-offs to a backwoods party and share a box of red with her friends than sport Louis Vitton and sip Dom Perignon with the Jones. “Life isn’t about expensive things–it’s about making memories, sharing laughter, and having fun with friends and family, which is priceless!!” exclaims McLaughlin. “There will always be those who have and have not…but I’m here to tell you, the best things in life are FREE!” “(Can’t Buy) Fun Like This” is the follow-up single to Audra’s “Drinkin’ with Lonely” released earlier this year that collected over 35,000 streams with little promotion. Both singles were produced by Johnny Garcia and Jimmy The pair were so impressed with Audra’s voice, they also signed her to a publishing deal last year. Music and more info at https://audramclaughlin.com.

ERIC CHURCH CELEBRATES NO. 1 WITH “HELL OF A VIEW”

Eric Church racked up his tenth No. 1 on the Billboard Country Airplay chart with “Hell of a View” (EMI Nashville) for the chart dated May 29, 2021. Co-written by Church with Jeffrey Steele and David Naish, “Hell of a View” is the second single to be released from his triple album project, Heart & Soul. Two parts of the collection (Heart, Soul) were released separately one week apart in early May.  The third part, simply titled &, was available exclusively to members of his fan club, known as the Church Choir.

The first single from the collection, “Stick That in Your Country Song,” peaked at 22 on the Country Airplay chart and at No. 23 on Billboard’s Hot Country Songs chart in July 2020.  Listen or purchase via his website, https://www.ericchurch.com.

LUKE COMBS CELEBRATES HIS PLATINUM-CERTIFIED SINGLE “FOREVER AFTER ALL”

June marked several milestones in the remarkable career of CM, CMA and CMT Award-winning artist Luke Combs.  His Platinum-certified single “Forever After All” continued its multi-week run atop the BillboardCountry Airplay chart while also topping the Mediabase/Country Aircheck chart for the first time. This is Combs’ eleventh-consecutive No. 1 single, a first on the chart the Billboard Country Airplay chart, as well as his tenth single to spend multiple weeks atop the chart and his eighth-consecutive, multi-week #1. The song, which debuted at No. 2 on the all-genre Billboard Hot 100 chart this past November—the highest entrance ever for a male country solo artist—is also the sixth-consecutive No. 1 from Combs’ deluxe album, What You See Ain’t Always What You Get, tying the record for most No. 1 singles to come from the same album.  In celebration of these milestones, Combs will release a special new 10” vinyl, The Trilogy, on July 16. Now available for pre-order, the record features three songs that chronicle Combs’ relationship with his wife, Nicole: “Forever After All,” “Better Together” and “Beautiful Crazy.”  More info and tour updates at www.LukeCombs.com. 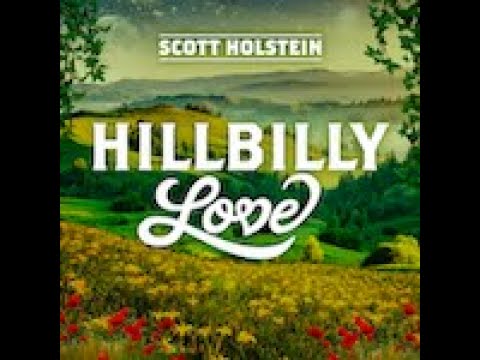 TEXAS MUSIC NEWS:  Bobby Marquez, the multi-awarded singer/songwriter originally from South Texas, continues to entertain and give back, most recently with his all-star Bobby Marquez Birthday Bash […]

Inside Track on Music Row September 2022 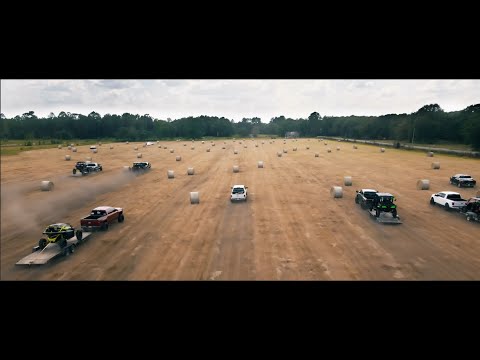 Inside track on music row music news with Preshias Harris. Check out who’s on the road, new album releases, new partnerships and so much more. […]