After 20 years as front man to one of the most influential groups in Country history, Rascal Flatts’ Gary LeVox is embarking on a solo chapter that combines two of his biggest passions – music and faith. With his debut Christian single “The Distance” (Big Machine Records/Capitol Christian Music Group), the Ohio native unveils the empowering first taste of that mission, delivering an epic expression of the power of belief that’s tailor made for the COVID-19 era. Grounded in the Flatts legacy, but clearly existing on a different sonic plane, the track features an exhilarating mix of LeVox’s stratospheric vocals and high-energy instrumentation, encouraging fans to never give up – and it’s a message he knows by heart. “The Distance” is one of five songs on LeVox’s debut solo collection One On One (Big Machine Records), which includes multiple compelling collaborations as LeVox leans on his “congregation” to explore his new purpose.  Rascal Flatts celebrated its farewell with Twenty Years of Rascal Flatts: The Greatest Hits. Stream “The Distance” at https://garylevox.lnk.to/OneOnOnePR. More about Gary at https://garylevox.com.

Throughout Omnivore Recordings’ 12-year relationship with the Buck Owens Private Foundation, one request from the fans was clear and consistent — to make Buck Owens’ late-’60s/early-’70s releases available again as stand-alone reissues.  Omnivore Recordings answered the call and has announced nine titles to be released throughout the summer and fall of 2021. The albums will be released as they were originally issued and for the first time, appear in their original configuration on CD and Digital (in both standard and high resolution), mastered from the original analog tapes, and with expanded artwork and new liner notes. Street dates are August 8, August 27 and October 1, 2021. Buck Owens and the Buckaroos had 21 #1 hits on Billboard while pioneering the world-famous Bakersfield country sound — although he preferred to call it simply “American music.” The sound was distinguished in part by the twangy guitar work of Don Rich and drum tracks placed forward in the mix. Pre-order the albums at http://omnivorerecordings.com.

The CMT Awards returned this past June on CMT and was co-hosted by Kane Brown and Kelsea Ballerini.

Both hosts walked away winners. Kane Brown reclaimed the winner’s podium for “Male Video of the Year,” two years after he last won the category (2019), and also won “Collaborative Video of the Year” with Chris Young, making these his third and fourth career CMT Music Award wins.  Meanwhile, Kelsea Balleriniwon her very first CMT Music Award for “CMT Performance of the Year” for her performance from last year’s awards show with Halsey for “The Other Girl.”

Little Big Town also increased their career total wins to four, with a win this year for “Duo/Group Video of the Year.” Meanwhile, Gabby Barrett followed up her “Breakthrough Video of the Year” award last year with a win for “Female Video of the Year” this year. Longtime fan favorite Taylor Swift returned to the CMT winner’s circle with her ninth award, this time for the Social Category: “Best Family Feature.”

The jaw-dropping night culminated with Anthony Mackie making his “CMT Music Awards” debut to present the night’s most coveted award, “Video of the Year,” to Carrie Underwood and John Legend, with Underwood surprising her fans as she walked onto stage and to accept her award. Carrie remains the most awarded artist in CMT history with 23 career wins.

The 2021 “CMT Music Awards” winners include:

FEMALE VIDEO OF THE YEAR – Gabby Barrett – “The Good Ones”

MALE VIDEO OF THE YEAR – Kane Brown – “Worship You”

BREAKTHROUGH VIDEO OF THE YEAR – Dylan Scott – “Nobody” 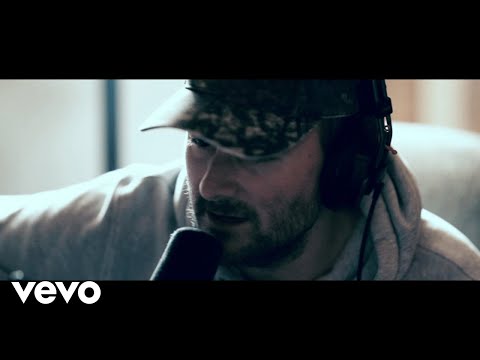 Billy THUNDER Mason was the dynamic Thunder behind Tim McGraw’s touring band, The Dancehall Doctors for 18 years having played on the same stage with […]

The Troy Gentry Foundation Raises Over $300,000 At Sold-Out Inaugural Concert, ‘C’Ya On The Flipside’

Some of the music industry’s biggest stars and friends of Montgomery Gentry’s Troy Gentry gathered Wednesday night, January 9, 2019, at the Grand Ole Opry […]