Dustin Collins has released “I Like To Drink,” an infectious summer anthem. “I wrote this song about weekends at the lake with my buddies,” shares Collins. “Kinda making fun of the little things they do that make it so fun. Floating, getting wild and listening to Tyler Childers on repeat!” This is the first release since Collins’ latest album, It’s Been Awhile, debuted at No. 1 on the Billboard Heatseekers South Central Albums chart, No. 9 on the Billboard Heatseekers Albums chart, No. 21 on the Billboard Independent Albums chart and No. 25 on the Billboard Country Albums Sales chart (Hot Shot Debut). The Kentucky native will be taking his hits on the road this September with tour dates throughout New York. Tour dates and music at https://dustincollinsmusic.com

Singer/songwriter/storyteller and multi-instrumentalist, Steve Wariner, joins Adkins Publicity for PR/publicity representation. Wariner continues to be recognized by his peers in the industry. Recently, Gretsch Guitars celebrated the incredible talents of the revered musician with the newly released G6120T-SW Steve Wariner Signature Nashville® Gentleman model. In October 2019, he’ll be inducted into the prestigious Musicians Hall of Fame in Nashville, Tenn. More at https://www.stevewariner.com/

Cali-Country trio, Honey County has released their new song “Under Your Influence” featuring Nashville-based riser, Spencer Crandall. The new single, along with their 2018 release “Love Someone” is featured in an episode of the Paramount Network series Yellowstone starring Kevin Costner. “Under Your Influence” was penned by the band’s Dani Rose along with JP Williams and Maks Gabriel. “When [music supervisor] Andrea von Foerster first told us about a new show she was working on starring Kevin Costner as a ranch owner, and that we might be a good fit musically, I played it cool but I was freaking out inside,” commented Dani Rose. “We can’t wait to watch the rest of Season 2 and the hopeful demise of the Beck Brothers.” “I’m so excited about this new single! It’s very rewarding to have a song featured on a huge show like ‘Yellowstone,’” said Spencer Crandall, “I loved getting to work with Honey County and I can’t wait to hear what the fans think of ‘Under Your Influence’!” Tour dates and music at http://www.honeycounty.com

Belmont University graduate, and singer/songwriter Allie Colleen, has released a ‘behind the music’ video sharing photographs of the recording studio taken during the recording of her debut single, “Work in Progress.” The video has been viewed over 100K times and can be seen on her YouTube channel. The behind the scenes video was produced by Patryk Larney and her debut single was co-written with hit songwriter Marcus Hummon and well known studio engineer Greg Beick. The new music is available for streaming and download on all online digital platforms. “I am absolutely blown away by the support and love that “Work in Progress” has received,” said Allie Colleen. “I can’t thank everyone enough and cannot wait to see what the future holds for all of us “works in progress.” Links to music, tour dates and video at https://www.alliecolleenmusic.com/

Jason Aldean’s 2019 Ride All Night Tour Dates for September has him crisscrossing from NY to IL to VA and ending on September 28 in Detroit, Michigan at the DTE Energy Music Theatre. Artists, including Kane Brown, are supporting.

Back on Music Row, Jason is celebrating another number one at the HOUSE of BBR. The title track, (Rearview Town) will give Aldean his fourth on the list from his eighth studio LP. “Rearview Town” follows the album’s previous three No. 1s: “Girl Like You,” which was number one for two weeks. “Drowns the Whiskey” (featuring Miranda Lambert), was also number one for two weeks and “You Make It Easy,” also a two-weeker in the top number spot. “Rearview Town,” was penned by Kelley Lovelace, Bobby Pinson and Neil Thrasher, and is Jason’s 21st Country Airplay number one chart topper. Tour updates at https://www.jasonaldean.com/

NOTE: Jason is producing a new album for his good friend Tyler Farr.

Breakout British country singer and songwriter Sasha McVeigh reached #1 with the exclusive CMT Music video debut of “Rock Bottom.” The music video soared to the top above artists such as George Strait and Jenny Tolman placing McVeigh among the elite of Nashville’s country voices. She found her roots in country early on composing her first song at the tender age of twelve. Originally from the countryside of Hereford, United Kingdom, she would land in Music City six years later. McVeigh has performed on several major U.S. main stages alongside Eric Church, Keith Urban and more. More at http://www.sashamcveighmusic.com/

Have a great day!!!! — Preshias Harris

I am a music career development consultant with special emphasis on new and aspiring artists and songwriters. When you come to Nashville with the goal of a career in the entertainment industry you can be easy prey for certain people who are more interested in your money than your talent. My goal is to help you learn about copyrighting your songs, working with a Performing Rights Organization, song licensing, co-writing and networking, developing your craft and all the other essentials – while keeping you safe from the ‘music biz predators!’ I maintain a writers’ room (I call it ‘The Sangtuary’) adjacent to my office on Nashville’s Music Row where songwriters can create together in a quiet, safe environment.

I am the author of ‘The College of Songology: The Singer/Songwriter’s Need to Know Reference Handbook.’ I created the book based on my many years working with songwriters and artists. From those years of experience, I built an easy-to-understand workbook of the essential information everyone needs to know to succeed in the music industry.  It is available in print and e-book versions, and can read about it (and order your own copy) here.

I am also a music journalist, having interviewed everyone from Alabama to ZZ Top for articles and stories published in numerous music magazines. I write ‘Inside Track on Music Row,’ the longest-running monthly country music column in America. The column appears in ‘Nashville Music Guide’ and on websites around the world. I have also published an e-book titled “I Know Country!” with 366 daily Q&As about Country music. You can find details about the book, read an excerpt and purchase your own copy here.

I began my career as an intern to the VP of Publicity at BNA Records and started to build a network of music industry contacts from coast to coast. Along the way, I handled promotion and media relations for the NY Times bestseller, “Chicken Soup for the Country Soul.” I have also served as song plugger and A&R assistant to an award-winning producer and songwriter and as Promotions Coordinator with George Jones University. I am the Nashville artist liaison for Country Rewind Records, writing the album liner notes for numerous releases by ‘classic’ Country artists including Faron Young, Conway Twitty, Ferlin Husky, Connie Smith, Waylon Jennings and many more. I also serve as a judge at talent contests, including the nationally promoted US Country Showdown.

I am a member of CMA, NARAS, NATD and a life member of NSAI.  To contact me, go to the ‘Contact Me Here’ page in the site menu or click here.

The College of Songology® is a Registered Trade Mark and is © Copyright Preshias Harris and Nashville Music Line LLC.

It Only Hurts When I’m Reading: Eilleen’s early life was marked by hardship, and tragedy almost forestalled her music career. But after raising her siblings and honing her craft, she changed her name to Shania, which means “on my way” … and she was. Sounds like a good book, eh? Well, her publisher sure thinks so. Shania Twain’s autobiography will be released next spring. “There have been moments in my life I was concerned by the reality that tomorrow would never come,… […]

Inside Track on Music Row: October 2019 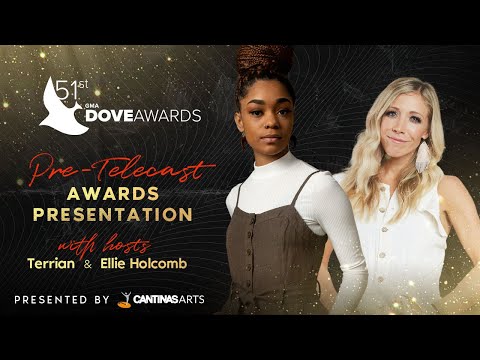