Randy Rogers Band hosted its eleventh annual Golf Jam at River Crossing Golf Club in Spring Branch, TX. Presented by Shiner Beers, the two-day event kicked off with powerfulsongwriters’ round featuring Rogers, Wade Bowen, Jon Randall, and Jim Beavers, and continued the following day with a charity golf tournament at one of the Hill Country’s premiere courses. Proceeds for the two days were donated to MusiCares by the newly-established Randy Rogers Family Foundation. A yearly tradition since 2009, the Charity Golf Jam & Tournament broke new ground that weekend. After raising more than $750,000 in funding for charities across Rogers’ native Texas during the past decade, the Golf Jam went national this year, with MusiCares serving as the event’s benefitting charity. As the eleventh annual Golf Jam drew to a close, a donation of $240,000 — raised with the help of sponsors’ contributions and in-kind donations — was presented to MusiCares courtesy of Randy Rogers Family Foundation. Randy Rogers tour info and tickets at https://www.randyrogersband.com/

Country music star Buddy Jewell debut his stirring version of “The Night They Drove Old Dixie Down” on the 50th anniversary of the original release of the famed song. Written by Robbie Robinson and released by The Band in 1969, Jewell performed his rendition on his weekly Facebook Live show called Tuesday’s Tune. Jewell’s version of “The Night They Drove Old Dixie Down” is a part of a new full length bluegrass CD in the making titled Bluebonnet Highway produced by renowned Nashville musician, vocalist and producer Mitchell Brown. The new project includes a collection of tunes from legends like Ed Bruce and Lester Flatt to Buddy Jewell’s originals and is set for an early 2020 release. Buddy has had a busy Spring and Summer. In March 2019 Buddy Jewell was awarded ICMA Male Vocalist of the Year, in April 2019 Randy Travis released “One In A Row,” a Buddy Jewell original to accompany his book tour, a New Bluegrass CD & Tour was announced and a July 2019 European Tour. For more info on Buddy visit www.buddyjewell.com andhttps://www.facebook.com/BuddyJewell/ and on Twitter and Instagram.

Lauren Akins is sharing more of her story in her first-ever book titled Live In Love: Growing Together Through Life’s Changes (Ballantine, an imprint of Random House), written with bestselling collaborator Mark Dagostino, available May 5, 2020. Announced exclusively via People.com and available for pre-order now, Live in Love is a revealing and inspiring memoir by Lauren Akins – wife of Thomas Rhett, a regular contributor to Country Living magazine, humanitarian, and mother of two (with a third on the way), offering inspiring guidance for anyone looking to keep romance alive, balance children and marriage, express true faith and live a life of purpose. “I never would have guessed I’d be telling my story in a book about my life,” said Akins. “I hope by sharing parts of myself and my journey that I’m able to help someone feel less alone, inspired and find the love that we share as humans in these pages.” More at www.LaurenAkins.com

Cody Jinks surprised fans during a performance on The Grand Ole Opry, announcing the upcoming release of a second new album, The Wanting. Sharing the news was completely unexpected since he recently revealed an October 11 release of his new album, After The Fire. The Wanting comes October 18 and features 12 new songs. Both albums are the first offerings from Jinks’ own label, Late August Records. He also posted news that he is heading back to the studio this December. The new song, “Same Kind Of Crazy As Me,” will be included on The Wanting and is now available on Spotify, YouTube, Apple Music, and all digital service providers. Jinks continues his fall tour throughout the United States. His concerts in St. Louis, MO and Fredricksburg, TX are sold out, while his November 8 show in Asheville, NC at the US Cellular Center is nearly sold out. Tickets are available at Ticketmaster. Tour info, music and videos at https://codyjinks.com/

Traditional Country music performer and songwriter, James Wesley, has announced the release of his long-awaited self-titled EP, You Should Be Here With Me, the title song penned by Rodney Clawson, Andrew Dorff and Jon McElroy. This tune was recorded previously and never released, but he has always loved and wanted it to be a part of his current EP. The new music can be streamed and downloaded on all online streaming platforms. The song reflects on seeing more than the physical image of another person, encouraging love, trust and the desire to show someone how much you see that others over-look. Wesley was born and raised in Mound Valley, Kansas. He was signed to Warner Bros. in 1999 as James Prosser, he released one album Life Goes On before adopting the Wesley moniker. After relocating to Nashville, Wesley hooked up with songwriter Rodney Clawson and producer Dan Frizzell, inked a deal with Broken Bow Records, and released the single “Jackson Hole.” Tour info and music at https://www.jameswesleymusic.com/

Christmas 4 Kids, a non-profit organization that benefits hundreds of underprivileged children in Middle Tennessee, announced its all-star concert lineup, including Phil Vassar, Matt Ramsey of Old Dominion, Lonestar, Eddie Montgomery, Craig Wiseman, Jeffrey Steele and more set for Monday, November 25 at the Ryman Auditorium. Tickets start at $38.50 for upper level and $60 for lower level with special edition merchandise available on-site. A limited number of meet & greets with Vassar and select performers are available via a link at http://christmas4kids.org Christmas 4 Kids has been in existence for over three decades. Each year, the organization provides hundreds of underprivileged children in Middle Tennessee with their very own Christmas shopping spree. The funds generated by the Ryman concert and Tour Bus Show/Artist Meet and Greet event, are used to give over 400 children from 29 different schools, a day-long shopping excursion. The special day consists of a chauffeured trip from their school aboard an entertainer’s luxury tour bus, dinner, and a party hosted by Santa and Mrs. Claus. Then the tour buses journey to the Hendersonville Walmart where the children receive a brand new winter coat, and $175.00 to spend however they choose.

As the fifth most-played female artist at country-radio in nearly the last two decades, multi-platinum entertainer Sara Evans has numerous chart-topping hits to draw from during her engaging live shows. But this December, she’ll take to the stage to share her holiday favorites during her Sara Evans – Blue Christmas Tour, launching December 5 in Huntsville, Alabama. The 10-city festive Christmas shows, created to get fans of all ages into the spirit of the season, will highlight 90 minutes of never-before-heard songs and arrangements throughout the tour, now in its tenth year. Special guests, rising country trio Temecula Road, will open the holiday tour. Fans can also celebrate with Sara at the show with the “Blue Christmas With You” VIP Experience. Tour and ticket info at https://saraevans.com/tour/

The Country Music Association is continuing to further the expansion of Country Music abroad by securing the television broadcast of the CMA Awards on German television. “The CMA Awards” will be broadcast by RTL’s free-to-air Vox channel in Germany, Switzerland and Austria this November. In addition, RTL has also licensed CMA’s two additional TV properties, “CMA Fest” and “CMA Country Christmas.” Leading up to the CMA Awards broadcast airing on RTL’s Vox channel on Tuesday, Nov. 26, RTL Radio will launch a new 24/7 online radio station in October via the RTL Radio app, featuring the biggest Country hits from the past decade to the present. The station will be hosted by Germany’s best-known morning show host DJ Arno Müller. “We are thrilled to be bringing the CMA Awards and our other TV properties to Germany,” says Sarah Trahern, CMA Chief Executive Officer. “With the ever-increasing demand for Country Music in Europe, we’re excited for international viewers to have the opportunity to experience these shows that are so important to the Country Music community.” More CMA info at https://www.cmaworld.com/

EMI Records Nashville’s Eric Church’s chart-topping album,CHIEF, which was released on July 26, 2011 and features his latest Top 10 and climbing single, “Drink In My […] 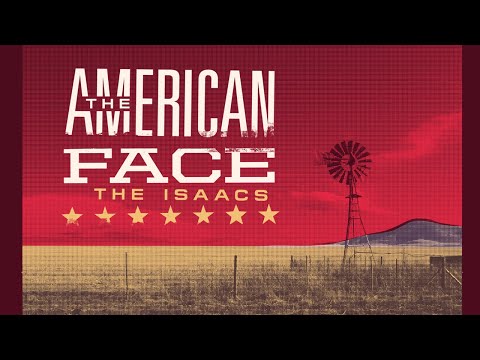 CD NEWS: Born of Cuban-American roots in Miami, and then long based in Nashville where they perfected their distinctive and eclectic Americana / Roots fusion […]