QUOTE OF THE MONTH:

“People will judge you by your actions not your intentions.  You may have a heart of gold but so does a hard-boiled egg.”      –       Maya Angelou

Could you do with some ‘uplift’ right about now? As we all deal with these vexing times, we need to find ways to feel good every now and then.  Maybe this could be your remedy: Try a little “Hillbilly Love.”  That’s the title of the latest song from Scott Holstein and it’s a toe-tapping burst of energy that celebrates the importance of family, friends and faith that’s hard to resist. The warmth of Holstein’s rolling baritone makes you smile (and reflect) with lines such as: “When push comes to shove / Rise above and show some hillbilly love.” Holstein is a West Virginia native who is now based in Nashville, and there are echoes of his coal-country origins and bluegrass influences in this song.  Released July 24, “Hillbilly Love” is now impacting country radio. Keep up with Scott at https://www.facebook.com/scottholsteinmusic/

‘Whisperin’ Bill Anderson is the sole songwriter in history to write and chart country songs in seven consecutive decades. His storied career includes membership into country music’s most prestigious institutions. Anderson released his 73rd album, The Hits Re-Imagined, July 24. The album includes 10 of the Country Music Hall of Famer’s most iconic songs he’s written and recorded himself, as well as songs of his made famous by George Strait, Brad Paisley, Kenny Chesney and more. In addition to these fresh, re-imagined hits, the album includes instrumental versions of each track.  For The Hits Re-Imagined, Anderson explains he wanted “to go to both ends of the spectrum,” including on the project some of his earliest hits like “City Lights” and “Po’ Folks” as well as his more contemporary cuts such as “Whiskey Lullaby.” The project was co-produced by Anderson with Thomm Jutz.  Fans who pre-order the new album through July can get a free fan club laminate.  Details at https://billanderson.com/

Chris Young released his new track, “If That Ain’t God,” in July.  The full song and lyric video are available everywhere now at https://CY.lnk.to/ITAG   After teasing a 56-second clip to social media, the song received an overwhelming response from fans. His first new music in over a year, “If That Ain’t God” is written by Young, Matt Roy, Mitchell Oglesby, and Greylan James and co-produced by Young and Chris DeStefano. The song’s uplifting and inspiring message feels especially poignant in today’s times. “If That Ain’t God” follows his most recent releases, including his latest single, “Drowning,” which had over 1.2 million streams in its first week of release and was named to Rolling Stone’s Best Country and Americana Songs of 2019, as well as “Raised on Country” and “Town Ain’t Big Enough,” featuring Lauren Alaina. Chris Young has over 2 Billion career streams and 12 Million singles sold, 17 RIAA Gold, Platinum and Multi-Platinum certifications, and over 400,000 tickets sold for his 2019 arena and amphitheater headline tour.  More at https://www.chrisyoungcountry.com/

During a year of what seems like ‘time standing still’ with event cancellations and ever-changing uncertainties, author and music business veteran, Lynn Woodruff Gray releases a new audiobook all about timing. Sittin’ At A Bus Stop, Waitin’ On A Train is filled with hope for the grieving through divinity and the power of country music. “Grief is a long road without end, and time is not the healer, but it is what you do with that time that heals. The choices you make in your journey meet with many challenges, but there is always an open door for better days.” shares Lynn Woodruff Gray from her firsthand life experiences. The release of the audio version of her popular 2018 Thomas Nelson published book brings listeners into the innermost thoughts, day-to-day life, divine interventions and the journey of a grieving mother, after the loss of a child, to find happiness again. This is Lynn Woodruff Gray’s own story which began in the fall of 2014 after the sudden death of her oldest child, her 46-year-old son, Allen. More at www.facebook.com/LynnWoodruffGrayAuthor

Country group Hudson Valley speaks out about their past relationships and how they searched for love in all the wrong people, but finally got it right in their new single “Right Place Now.” The new song, written by lead singer Sarah Owens, Sherrie Austin and Will Rambeaux, drops just in time for the Summer with its catchy melodies and clever chorus. Hudson Valley pours their heart out about the excitement of sharing their favorite moments with the one they love, leaving their past in the past. Listen to the single at https://orcd.co/rightplacenow   “’Right Place Now’ was written the first time I had ever been to Nashville. My parents came down from N.Y. with me and we had always wanted to go to the Grand Ole Opry, so my mom got tickets for us to see Vince Gill and Darius Rucker perform while I was in town to write. When we left the Opry, my parents said something about me ‘finally being in the right place’ and I wrote this song with Sherrie Austin and Will Rambeaux the next morning,” said Hudson Valley’s Sarah Owens.

Seth Mulder & Midnight Run have signed a deal with Billy Blue Records. They are the latest addition to the impressive roster of talent on the burgeoning Billy Blue label. In addition to Seth Mulder (mandolin, vocals), Midnight Run consists of Colton Powers (banjo, vocals), Ben Watlington (guitar, vocals), Max Etling (upright bass, vocals) and Cody Bauer (fiddle). With each member drawing from a variety of influences, including bluegrass, country, and rock, Seth Mulder & Midnight Run was born. Although they do tour, the group has become a popular staple at the Ole Smoky Moonshine Distiller in Gatlinburg, Tennessee.  Music and info at https://midnightrunbluegrass.com/  and more about the label at https://billybluerecords.com/

Lauren Akins has rescheduled her book tour and taken all events online to most safely celebrate her upcoming memoir Live in Love: Growing Together Through Life’s Changes (Ballantine Books), out August 18. Current ticket holders’ tickets for rescheduled dates will be honored for the virtual events and all ticket holders will be contacted from their point of purchase with new information and refund options. Additionally, fans across the country can now attend any virtual tour date, regardless of the events’ host location, as well as attend multiple unique events. Details at https://www.laurenakins.com/

(SHAMELESS SELF-PROMOTION NEWS) My e-book “I Know Country!” is celebrating our 4th anniversary and I am so happy!  It features 366 daily country music Q&As plus lots of nuggets of knowledge about the songs, the artists and the songwriters. It’s a great road trip book, family trivia game night or campfire games.  It’s available for instant download. Check out www.iknowcountry.com. 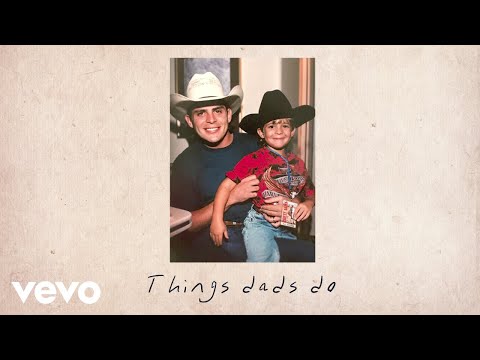 VERSES OF THE MONTH: Shout joyfully to the LORD, all the earth; Break forth and sing for joy and sing praises. – Psalm 98:4 I […]

Inside Track on Music Row: May 2020 Music News

If you haven’t checkout our recent music news this month, here is your chance to see who’s cutting, who’s streaming, who has new music videos and more. […]