ARTIST NEWS:  Todd Fritsch is back in the saddle – and Country radio – after a roping accident on the family cattle ranch left him with a crippling leg injury three years ago.  “It was a long road to recovery,” said Fritsch. “But I had my second surgery this past December and I’m rehabbed and ready to go.” Todd’s latest single, “Calls I Haven’t Made,” features his rich voice in an intriguing tale of redemption, and he’s supported by top-drawer production and talented players. Fans can purchase the new single from iTunes. “Calls I Haven’t Made,” produced by Butch Baker, is from Todd’s upcoming CD, Up Here In The Saddle, due later this spring. www.toddfritsch.com and www.facebook.com/toddfritsch

Neal McCoy was designated GAC’s Fan Focus Artist of the Month for March, as he celebrates the release of his new album entitled XII.  The CD, produced by Blake Shelton, Miranda Lambert and Brent Rowan, is McCoy’s first album in five years. In the 21 years since he released his first single, Neal McCoy has released 11 albums, charted over 25 singles, and had a string of top ten radio hits.  He has also completed 15 USO tours while supporting his charity, the East Texas Angels Network. He was recently named as one of the Top 10 USO Entertainers of All Time. For more information on the life and musical career of Neal McCoy, visit www.nealmccoy.com

BABY NEWS:  Congrats to Randy and Jessa Lee Houser who welcomed their first child, a baby boy, into the world on March 6. Houser is newly signed with Stoney Creek Records and will release a brand-new single to radio in May off of his third album that will hit stores later this year. More at www.RandyHouser.com

Country rocker Matt Kennon and better half Tisha are the proud parents of a new baby girl, Shaynee Matisse. More at www.mattkennon.com.

CD NEWS:  Lee Brice’s second Curb album, Hard 2 Love, hits retail April 24.  Having written hits for Garth Brooks, Kenny Chesney, Jason Aldean, Tim McGraw and more, Brice is now focusing his creative talents on propelling his own emergence as a superstar.  The first single from the album is “A Woman Like You,” already closing in on Gold certification. Hard 2 Love follows his debut album, Love Like Crazy, which spawned Billboard’s Most Played Country Song of 2010 with the title song.  Brice co-wrote eight of the 13 tracks on the new album.

People Magazine included Vince Gill as the lone country artist on its top 10 Best Albums of The Century (so far) list. Gill’s four-disc, 43-track album These Days is ranked along with others including albums by Adele, Amy Winehouse and Coldplay.

DEEPEST SYMPATHY: Our sympathies are extended to my friend, Grass Roots Promotions’ Nancy Tunick, on the passing of her mother, Joy Tunick-Green, after a battle with cancer. She was 74.

HALL OF FAME NEWS: The Country Music Hall of Fame and Museum will tell the story of the stars, sidemen and songwriters who created and popularized a new kind of country music in mid-20th century America in The Bakersfield Sound: Buck Owens, Merle Haggard, and California Country, a more than 5,000-square-foot exhibition that opened in March, and will run through December 31, 2013. Narrated by Dwight Yoakam, the exhibit will explore the roots, heyday and impact of the loud, stripped-down music closely identified with the careers of Buck Owens and Merle Haggard.  The exhibit will also be accompanied by a 96-page companion book. More at www.countrymusichalloffame.org.

Capitol Records:  Seven time GRAMMY winning trio Lady Antebellum will open for American music icon Bruce Springsteen on July 14 for a sold out concert at Hyde Park as part of this year’s Hard Rock Calling festival in London, U.K. Lady A’s current single “Dancin’ Away With My Heart” off their Platinum and Grammy winning disc Own The Night is currently climbing the Top 10 on country radio charts. The trio will continue their streak of sold out tour dates tomorrow in Seattle, Wash., at Key Arena as they return from the Canadian leg of their tour. For more information and for a full list of tour dates, visit www.ladyantebellum.com.

Valory Records: Justin Moore and his wife Kate have been adjusting to having two young daughters in the house since the arrival of their second daughter, Kennedy, in November. Being on the road and being a new daddy is a great way of life, says Justin.

Warner Brothers: Tom Gossin of the country band Gloriana is engaged to longtime girlfriend Jamie Moffett. He announced the engagement during a hometown show in upstate New York. His publicist confirmed the news. Gossin popped the question March 1, the couple’s 10-year anniversary.

MEDIA NEWS:  The Americana Music Association announced that it will be auctioning off tickets and the opportunity to meet some of the world’s most beloved artists during the Americana Meet ‘n’ Greet Series. Americana Honors recipient and multiple Grammy winner Alison Krauss is the first artist to donate the experience to the Association. Alison Krauss & Union Station featuring Jerry Douglas will perform several dates over the next few months.  Auction winners will receive two special reserved seats and passes to meet the artist at sold out shows. For more information visitamericanamusic.org.

For the fourth consecutive year, Busch Beer has teamed with multi-platinum selling southern rock legends The Marshall Tucker Band by including the band’s classic hit “Can’t You See” in its 2012 “Head For The Mountains” national television advertising campaign.  The Marshall Tucker Band’s “Can’t You See” is currently used as the commercial theme song for two of the company’s 30-second national television spots, promoting Busch Beer and Busch Light.  MTB info at marshalltucker.com.

MUSIC NEWS:  On April 20, 2012, “We Walk The Line: A Celebration of the Music of Johnny Cash,” in Austin, Texas, will bring together music stars and friends to celebrate Cash’s life. In the year that would mark his 80th birthday, performances will include Kenny Chesney, Ronnie Dunn, Jamey Johnson, Kris Kristofferson, John Hiatt, and Lucinda Williams, among others, backed by an all-star band under the direction of Don Was.  An album featuring the artists at the concert will be released through Legacy Recordings/Sony.  More info at www.johnnycash80.com.

Well worth a listen:  Joy Collins has released six songs for digital download from her new album, It Ain’t Just Music.  A fourth-generation vocalist, Joy’s songs reflect her background and a life that included marriage, children, divorce, and struggles with addiction. Reviews include words such as “fearless, uncompromising, and courageous.” The album will be available through iTunes. Videos and song samples at http://www.reverbnation.com/joycollins

SINGLE RELEASE NEWS: Multi-Platinum singer-songwriter Dierks Bentley scored his ninth career No. 1 hit today as the anthemic “Home” takes the top spot on both the Billboard and Mediabase charts. The title track off Bentley’s No. 1 album is also currently nominated for  Song of the Year at the 47th Annual ACM Awards. Bentley is currently touring Australia on his 2012 Country & Cold Cans Tour and will return to the States for its 20-city spring run beginning next month. For more a full list of upcoming tour dates and appearances, visit www.dierks.com

TV/CABLE NEWS: It might only have eighteen tables, but “Larry’s Country Diner” services 1.4 million people every month as one of the top-rated shows on RFD-TV.   The program is quite a rarity: a “live” down-home variety show that seems to strike a chord with country music fans who tune in to get a heapin’ helpin’ of country music performances served up by the stars of yesterday and today. At “Larry’s Country Diner” viewers can find one of the last vestiges of live, spontaneous variety programming featuring country music in an old-fashioned setting.  In fact, because of its popularity, the first tables available to the public are for the August 2012 tapings, which are held at Nashville’s NorthStar Studios. Info: visit www.larryscountrydiner.com

August 2012: Inside Track on Music Row 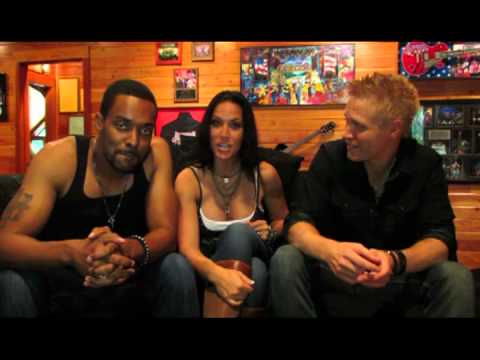 If I am Chasing Your Dream Faster Than You, Then I am IN THE Wrong Dream.   –  Preshias ALBUM NEWS: Viewers in favor of the “most recognizable […]