Portland Oregon native Heidi Osborne is an amazingly talented young lady. Her voice is a one of a kind and unique to her. Once you’ve heard her songs and you hear them again you will immediately know it’s Heidi.

Coming in at barely four weeks old, her EP “Nomad” has garnered some solid reviews. The album is meant to be a reflection of a journey to Cape Town, South Africa that opened new dimensions in her spirit for a great new expression on musical creativity.

The EP has five songs and each are strong in their own way. I really enjoyed “Human Race.” It included touches of African beats and sounds of nature.

Heidi grew up in the world of classical music playing the piano. During college she studied music and earned an Associates Degree. She then took flight and spread her wings at the age of 19 and ventured to Australia for two years during which time she launched herself into doing film scores after briefly attending film school.

Her music is a testament to her many travels and to the unique people she’s met, the breathtaking places she’s seen and the battle of finding “home” in foreign lands.

I was mesmerized and drawn in by “Oh Honey” especially on the intro. The piano is crystal clear and absolutely beautiful.

“So Lucky” begins with a beautiful acoustic guitar rift. Her vocals as on each and every song, are strong with a very clear and sparkling sound. Her tone is well balanced. I enjoyed her vocals very much.

“Nomad is the musical baby born from the inspiration of my travels. I get so inspired by music from other cultures, and the way they do life. Songs are my favorite way to share stories and triumphs of the journey, and in Nomad you’ll hear hints of Afrobeats as it was recorded in Cape Town, South Africa.” – Heidi Osborne

It has been reported that she has an “obscure” sound. That leaves the door open to describe her talents in so many ways. She is abstract, esoteric, complex and bares her all in each rendition. Her music is complicated yet incredible, it is involved and yet it is far-out. Easy to say Heidi is “unique” and that makes it even better.

Heidi is also an accomplished makeup artist and shares her love of music with her talents for creating physical beauty with her makeup skills. She attended a makeup artistry school in Chicago while continuing to self produce music and work various other jobs to maintain her daily living. While her makeup career took off she placed the music business to the side for a brief period. During this time she worked professionally in the makeup industry doing print work, bridal and runway work, and commercial. Her work has been featured in magazines such as Vogue Italia and Voyage Chicago. Check out the link to her site.

This album was produced by Howard Edward and released on July 20th of 2018 on an Independent label. It is fresh, wholesome and sheds a sweet light on love, friendship, our need for home and family, loss and the belief that our hardships make us stronger.

Musicians performing on this album are Heidi Osborne with those super amazing vocals , keyboard and ukulele. This album would present in the style of World, Folk, and Indie Pop with a likening to artists such as Sara Bareilles, Lorde, Brooke Fraser and Ingrid Michaelson.

For more information on where you can purchase Heidi’s music please check out the links below. Note: All media links and photo’s courtesy of Independent Music Promotions. 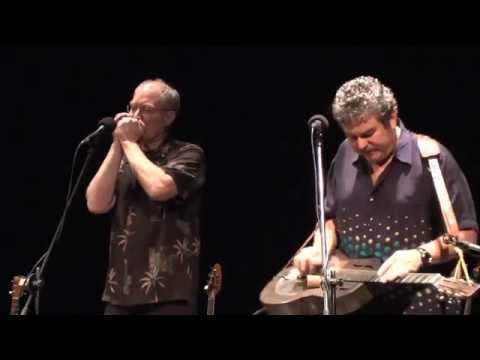 Originally from Iowa but now making his home in Oregon, Dave Plaehn is rapidly on the move with his newest release “Radio Sister”; his highly […]

New music from California based trio, Strange Culprits, the self titled album is a humdinger. It begins with deep bass and drum grooves and a […]