From her new LP “Stars”, which is due out on September 6th, 2019, we are proud to present to you new music from an amazing young talent, Katrina Parker. Katrina appeared on season two of the Voice and was with Voice Coach Adam Levine.

Since appearing on The Voice she has been busy regrouping and recording some thrilling new music. Her style is reminescent of the classic country styles of Patsy Cline and she does a phenomenal job of presentation and lyrical eloquence.

I was covered with chills as I first heard her voice. That’s a good thing. This is one of the most beautiful voices I’ve heard in a long time. Parker is super talented and she’s found her niche in the music industry.

Her gift of songwriting is a natural talent that will take her to heights in the industry unimaginable. “Don’t Give It Up, I’m here to call your bluff.” Exquisite words that will open your heart to fight for what you want, to fight for life, words that encourage us to move forward and not give up on our dreams. Beautiful.

As a child Parker new that music was her true life’s calling. She loved to sit in her back yard swing and sing as loudly as she could, songs of her favorite legendary country artist Patsy Cline. Inspired by Cline, Katrina would take her dreams to a bigger stage.

“Music was total catharsis. It provided me both a means of escape from the world around me and a way to connect to the people around me – something lifesaving for a painfully shy, awkward kid,”

A native of North Carolina, Parker soon found herself living in Los Angeles and finding herself on Season 2 of NBC’s The Voice. Her natural talents would propel her to the top 8 contestants. She garnered thousands of fans and the reviews from LA Weekly and Rolling Stone left nothing to chance.

While becoming somewhat overwhelmed by the fast pace of LA and all the TV apperances and public whirlwind she lost track of herself and what was most important, her music. She took as step back, regrouped and is ready to release her latest album.

The album described as part of southern roots, soul, pop, folk and country is superb. Her vibrant and rich voice is compelling and will draw you in.

Don’t miss it. This album includes 9 tracks and is set for release on September 6th.

Introducing Adam Rose With “Levitate the Base” 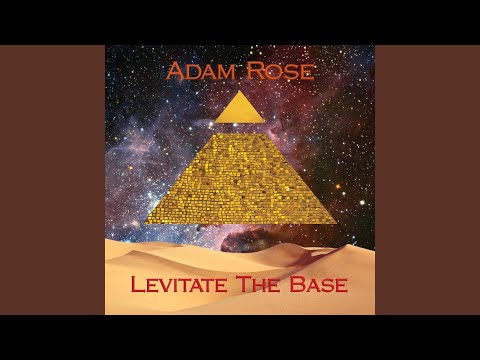 It is one of the top releases in it’s genre and has garnered some exceptional reviews. “Levitate The Base” is a brand new ambient psychedelic […]

“Breaking out songs from their first original album, Dear Nashville, as well as some covers, Whiskey Dawn brought line-dancing fans to their feet and non-believers […]