Indiana based Southern Rock band Crossroad Saints recently released a new album called “A Song of Your Own” on major digital platforms. Nashville is a city that embraces all styles of music and being that Nashville is in the south, southern rock is nicely embraced in Music City U.S.A.

The lead single called “Cradle to the Grave” is out and accompanied by an great video, created by Blue Cafe Music. You can check it out right here:

The intro to the song is hot and ready. Driving organ and guitar sounds and jazzy vocals. Keyboardist Daryl Venable spent 8 years in Nashville and I’m sure he made many friends and garnered many fans during his time in what many folks call Nashvegas.

From the Artist:
Maybe sometimes songs are just screams, prayers and thinking and crying out loud at a given moment in time. Human beings and music have been coevolving for millennia. There’s an oasis of therapy in the studio with the proper tribe focused on a collective mission. To find that tribe at the perfect moment in time is all any musically inclined rube could ever hope for. Never got the celebration upon completion of a project. The celebration was in the collective artistic process. Now what?

Two of the tracks on the album came from songs written and demoed by Daryl before leaving Nashville. A couple more were written while gearing up for the recording sessions. The timing of the pandemic and the resultant halt on studio construction at Round Table Recording Company opened up more time for writing. The bulk of the material was written in early 2020, the pandemic in full bloom. And then there was the summer of 2020 with unrest spilling out into the streets; déjà vu for a kid born in 1955 from the south.

“We live in a time wherein the use of language has been utterly sodomized. We argue over whether objective reality itself is real or not. If music and art aren’t saying anything honest, timely and relevant to the human condition, what’s the point?” (Daryl Venable)

Press quote: Overall, A Song of Your Own by Crossroad Saints is a fun mix of blues-rock and Americana and the sound of a bunch of friends having fun. It touches on harder-hitting topics at points, but the aim of this record is just to sit back and enjoy the strong musicianship and band camaraderie. ~Aug 16, 2021, VinylChapters.com ~

Press quote: It’s a great album, brilliant and passionate musicians with drive and heart, and something real to say. Music like this is the kind of art we need right now, more than ever. Loved it! ~Samantha Simmonds-Ronceros, NoHo Arts District~

The band has been likened to artists such as Steve Windwood, Van Morrison, and John Hiatt. The group sit nicely in the genres of Southern Rock, Americana, and Soulful Blues.

Musician performing on this album are:

For more information on this artist please visit the following links:

Wow, how do we even begin to describe this group Wicklow Atwater? Blazing strings and heart thumping bass, vocals on fire, yet smooth as a […] 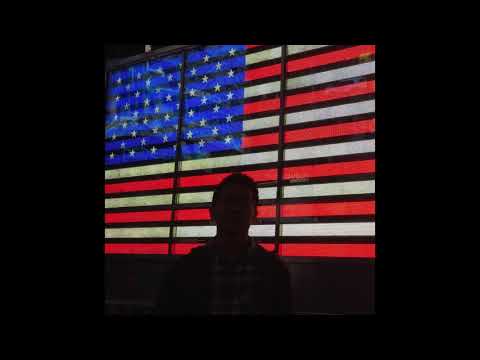 Ferentz and The Felons with “Hudson County”

Wow, how do I do this review without making it personal? I can’t. As I previewed the video I was covered from head to toes […]