A worthwhile cause meets a star-studded cast of Country stars.  That alone should be a good enough reason to invest a few bucks in this new album.  But even better, the artists involved, under the sure hand of producer Dennis d’Amico, a varied and thoroughly enjoyable musical package.

Billed as a tribute to the late Linda McCartney, the CD benefits and draws attention to the Women and Cancer Fund, a charitable organization with the bold aim to “cure cancer in our lifetime” while supporting research that will not harm animals and will focus on natural and integrative medicine.  (People who know me also know that this organization and its goals are very close to my heart for a number of reasons!)

But CDs are all about the music, and this one does not disappoint.  Each track is a personal interpretation by a Country artist or group of a different song penned by Sir Paul McCartney, or in some cases, co-written with fellow Beatle John Lennon.

To their credit, none of the artists on this album make an attempt to be a “McCartney impersonator” so don’t expect a sort of post-Beatle tribute band.  Each of the 16 tracks is a fresh interpretation of a song that allows the listener to hear a familiar song in a whole new way.

Among the standouts: the amazing Phil Vassar doing a rocking “Lady Madonna” and the hugely talented SheDAISY’s version of “With A Little Luck.”  Then there are the surprises such as the lesser-known “Junk” by Blue Sky Riders (Kenny Loggins, Georgia Middleman and Gary Burr) and a great version of “Listen To What The Man Said” from Ricky Skaggs.

In addition to some well known acts, LET US IN: NASHVILLE turns the spotlight on some newcomers, including Samantha Landrum and her moving rendition of the ballad “Pipes of Peace” and Juliana Cole’s unique version of “Bluebird.”

There’s even a delightful acoustic version of “Heart of the Country” by actor/comedian Jeff Daniels, who also emceed the ‘live’ fundraising concert at Nashville’s Ryman Auditorium.

LET US IN: NASHVILLE does justice to the inimitable songwriting talent of Sir Paul, serves as a memorial to Linda and benefits a worthy cause with some highly creative interpretations. Let it in to your heart.

Jay Jones Cranks Up His Music and Engines in Latest Video 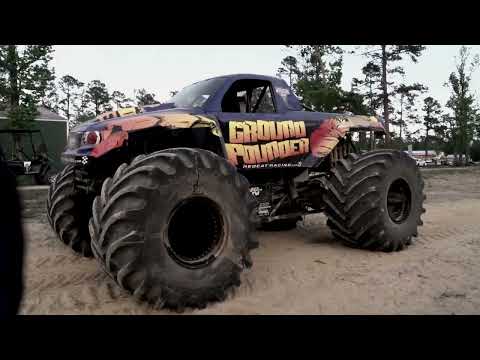 What: Music Industry Day at Summer NAMM
Where: Nashville’s Music City Center (201 5th Ave. S., Nashville, TN 37203)
When: Saturday, July 19, 10 a.m. – 4 p.m.
Cost: $10 in advance at http://www.namm.org/summer/2014/music-industry-day $20 at the door
Details: Music Industry Day offers musicians, pro-audio and staging professionals and music lovers access to the exclusive NAMM Show in Nashville. Try out next generation gear from hundreds of the biggest brand names in music. Meet the artists and engineers designing the equipment of the future. Network with music industry professionals. Attend workshops designed to further music and sound careers. Panels include How to Grow Your Internet Presence, a Live Songwriting Session and 10 Keys to Marketing Success for Musicians, and more live performances include musician and actor Jonathan Jackson, who will perform at the NAMM Acoustic Nation Stage at 1PM. […]