Americana Folk, California Pop at it’s best. Each song is unique yet has a familiar feel. Their new album is entitled “Bones In The Attic, Flowers In The Basement” and it’s a winner from beginning to end.

Located in Sacramento CA this alternative rock group who have been liked to Nirvana, Tom Petty, The Beatles and Green Day have created an amazing collection of songs that are sure to glean heavy air play and pull in large crowds to local venues. Their influences include punk and 60’s rock which lends the taste of an over all eclectic mix.

Who would have ever thought you could get so much depth and impressive sound from an acoustic guitar. It’s not just the acoustic guitar though, it’s the musician behind it. American High has created their songs to allow for a melodic rhythm, especially in what I love the most, the bass. It only a small part of the foundation, for me, of what this group stands strong with.

“Fairfield CA” is smooth and festive. It opens with a great acoustic solo and immediately harmonies will fill the air. I was taken back to early Beatles era style and loved it. The tempo is perfect for keeping your feet tapping and your head bopping. Great line….”Who’s that girl from Fairfield CA?” ………Could it be you?…..

Their talent is so much more than just strumming a guitar or tapping on a set of drums. It’s a deep genuine connection to each other and knowing where the other person is going to go with a vibe or a feel of the lyrics, harmonies, and instrumentation.

Speaking of harmonies, American High will keep you high with harmonies that are tight, on target and rock the songs with heightened anticipation.

“September” was another favorite I hit on in the collection. Maybe because I’m a September baby. I love the light soft vocals and the entire air about the entire song. Free, humble, refreshing twist, infiltrates your senses with vigor even though the message is deep and has a hint of darkness.

“This is an anti-war record. Songs like “September” and “I Can’t Change” are our attempts to put a human face on the costs of trying to force the world to do what we want them to do. We think everyone should concentrate on minding our own business rather than point guns at each other and demand obedience.” ~American High, ModernFix.com~

This album is all about being true to who you are, never letting someone else tell you who to be or what to do, and overcoming world conditioning. Stand free and be unique. It’s filled with a classic rock tone and impressive artistry of slower melodic tunes and then bringing up the rear with fun upbeat rock n roll textures.

“Bones In The Attic, Flowers In The Basement” is a thirteen track debut album filled with something for everyone. Especially “Test Pilot” it hits on the punk rock style with a great mix of modern rock and solid percussion holding it all together.

“We’re 4 guys who love rock and roll and love songs and songwriting. We pay respect to brilliant artists that have gone before. But in our own way. Our songs are influenced by whatever bubbles up from the subconscious. We give equal weight to all ideas/hooks/harmonies, regardless of which decade they harken to.” ~ American High, ModernFix.com~

I would love to give you the names of each member but as for now they are incognito and and listed as:

This album was produced by American High and recorded and mixed by Joe Johnson of the amazing Pus Cavern Studios in Sacramento CA.

For more information on American High please check out their website and keeping rocking out with “Bones In The Attic, Flowers In The Basement” ……….https://americanhighband.com/

She’s a warrior for the outcasts and misunderstood. The outsiders who seek to find a place all their own. Her music is bold, sometimes aggressive […] 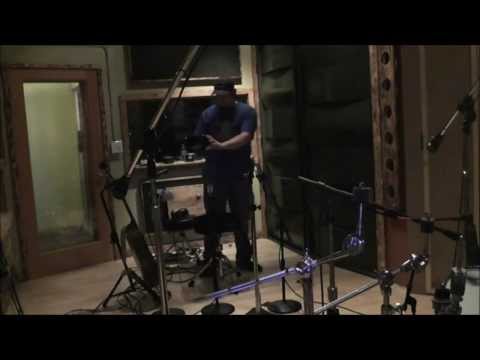