Introducing Sarasota Florida-based artist Brother Brother and their newest and latest single “With My Eyes Wide Open.” Two very talented young men are embarking on a journey that there is no doubt will fill their lives with joy. Talented, handsome, and fortified with a desire to make hit making records. What more do you need?

Brett and Bradley Anderson are Brother Brother and they are said to be on the super watch lists for 2018 and the beginning of 2019. Their sound is somewhere in the mix of Indie Folk, Indie Rock, and Alternative with a hint of Rap. They are not shy nor do they possess the ability to be held back. They are diving in head first into the pool of lyrics and sonic orchestration.

The two young men grew up on a small farm not far from Sarasota, Florida and began playing banjo and guitar at the young ages of 9 and 11. After dipping their toes into the musical waters near Branson MO they realized that wasn’t the spot for their style of music so they moved to Nashville and are now based there while recording and touring.

“A little romantic, a lot sentimental, Brother Brother has a way of making us feel both nostalgic and present at the same time. Pulling influences from alt-rock, indie and country music, the Nashville-based duo, comprised of brothers Bradley and Brett Anderson, explores sincerity and identity with their debut studio album The New Kids.” – The Wild Honey Pie

“The rush of guitars; the pulse of drums: Urgency courses through Brother Brother’s new single “Feels Like 1901,” an indie rock anthem that rushes out of the gate to hit you with immediacy and passion.” – Atwood Magazine

“There’s something mesmerizing and uplifting about their sound.” – Salute Magazine

This song is a mix of pop, rock, hip-hop, and rap that works extremely well together. I’m not one to particularly like rap but this works very well and for them I think it is the golden ticket.

Brett Anderson fills the music bank up on this song with banjo, electric banjo, vocals, and keys while Bradley Anderson completes the solid foundation of the sound transmission with grooving guitar, drums, bass, and vocals.

They fit well into a number of styles and genres such as Alternative, Indie Folk, Rap, and Indie Rock.
The duo has been likened to artists like Watsky, Twenty-One Pilots, Judah and the Lion, and X-Ambassadors.

Their debut album “The New Kids” is a mixed and masterful collection of songs that express who Brother Brother is as an artist. When you have a tight mix as the two brothers do, with electric banjo and the bursts of rap, you have a totally unique mix that has not been done and done as well other than with artists such as country music rocker Colt Ford. I never thought that an artist could make this style work but between Colt Ford and now Brother Brother, I am convinced.

“We wrote this song from a very personal and emotional place. While it represents a progression of sound for us, it also deals with things lyrically that we’ve only now been able to express as a band. “With My Eyes Wide Open” is our answer to those things we have experienced as brothers this last year. Changes in life, location, family, friends, and shows can be difficult or devastating sometimes, and we watch those changes with our eyes wide open. Those changes echo around in your brain whether you like it or not. The biggest wars and the hardest moments for us are often not the ones people see… they’re the ones we fight in our heads. This song is our battle cry. If you’re fighting too, this is for you as well.” ~Brother Brother~

For more information on Brother Brother please visit the links below. Note: All media links and photos courtesy of Independent Music Promotions.

“Getting High Off You” by Nick Lamb

In my day it was the harder psychedelic rock of Deep Purple, Iron Butterfly, and Steppenwolf. Groups like Deep Purple and The Doors opened the […] 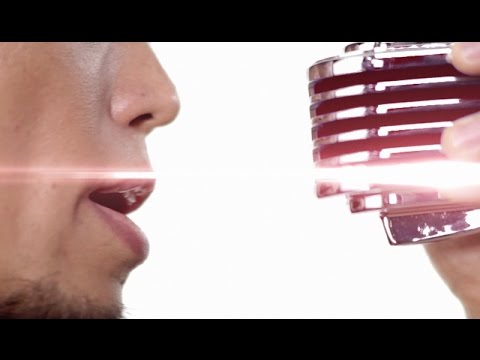 Rax Xix is brilliant in his interpretations of his music and the stories he hopes to tell his listeners. He’s bright, fresh, and his music […]