The show was kicked off by a Dierks Bentley, Brother Osborne tribute to Charlie Daniels with performances by Dierks Bentley, Brothers Osboure, Ashley McBryde, and Jason Aldean performing some of his hits like “Long Haired Country Boy” and “Devil Went Down to Georgia.” All of which performed with Charlie’s Band. IT WAS AMAZING!

Reba and Darius opened the show and in good humor they made light of the changes and protocols that made this year’s award’s show a little different.

Single of the Year Award was presented by radio and TV personality, Bobby Bones and the award went to Maren Morris for her song “The Bones.”

Morgan Wallen, who was nominated for New Artist of the Year, performed “More Than My Hometown.”

Victoria Secret Supermodel, Taylor Hill presented the award for Song of the Year to Maren Morris for “The Bones.”

Right after Reba told us that the CMA Awards has been her favorite Wednesday of 2020, which was a giggle worthy moment, Eric Church, who had two nominations this year performed “Hell of a View.”

Rucker then enlisted nominees Lady A to join in on his performance of his new single “Beers & Sunshine.”

2019 CMA New Artist of the Year and three-time nominee this year Ashley McBryde performed “One Night Standards” from her CMA Album of the Year nominated album Never Will.

Performing at the Legendary Hollywood Bowl, Dan+Shay had their world premiere of “10,000 Hours” with Justin Bieber. It was a music to our ears, literally.

Dierks Bentley presented the Vocal Duo of the Year to Dan + Shay. This is their second consecutive year being awarded in this category.

Gospel artist CeCe Winans had the honor to introduce Reba McEntire and Darius Rucker as they came together for a show-stopping collaboration with “In The Ghetto” in tribute to Mac Davis.

Miranda Lambert, this year’s top nominee with seven nominations, performed “Settling Down” from her CMA Album of the Year nominated album Wildcard.

In honor of his award, Charley took the stage and performed “Kiss An Angel Good Morning” along with Jimmie Allen. We don’t believe that he was as nervous as he said, he was as eloquent as can be in our opinion.

Two-time nominee this year Chris Stapleton took the stage with his wife Morgan to perform his new single “Starting Over.” His same-name album is set to release this Friday, November 13.

Country artist Lauren Alaina and actor Patrick Schwarzenegger presented the award for Vocal Group of the Year to Old Dominion. It was their third win in this category.

Ingrid Andress performed “More Hearts Than Mine.” This song was her first No. 1.

Two-time nominee this year Thomas Rhett performed his CMA Musical Event of the Year nominated “Be A Light” alongside Reba McEntir and Chris Tomlin.

Country artist Jake Owen presented the award for Album of the Year to Luke Combs for his album What You See is What You Get.

Brothers Osborne performed “All Night.” It is the latest single off their Skeletons album that was released in October 2020.

Since the show was on Veterans Day this year, a moment was taken to honor our troops. Crown Royal repurposed their bags to make packages for our troops overseas, Project Purple Bag. With the one millionth bag being filled today, they filled it with thank you notes to give to Kathleen Lewis the founder of Packages from Home. Lewis is the reason all this was possible.

Urban Cowboy launched a generation of Country music lovers in 1980. It was honored with a tribute by Old Dominion performing “Looking for Love” which was originally performed by Johnny Lee for the Urban Cowboy soundtrack. Lee was in attendance at the awards.

Maren Morris, a five-time nominee this year who took home 3 awards tonight, performed her CMA Single and Song of the Year nominated “The Bones.”

Keith Urban performed “God Whispered Your Name” from down-under in Australia. He dedicated to all the healthcare and front line workers that are putting their lives on the line during this pandemic across the world.

Country singer-songwriter and actor Charles Esten presented the award for Female Vocalist of the Year to Maren Morris. This was her first win in the category.

Country artist Sara Evans presented the award for Male Vocalist of the Year to Luke Combs. This was his second win in this category. We love that he gave his grandma a shoutout.

Kelsea Ballerini performed “Hole in the Bottle.” Her energy and outfit were equally fabulous.

Reba & Darius presented the award for Entertainer of the Year to Eric Church. “If there is ever a year to not win this award,” said Eric Church. He went on to say all the loss this year has been tough but that they all got to be together tonight in person. “It’s going to be music that brings us out of this,” said Church. “Politicians about division and music is about unity.”

The Willie Nelson Lifetime Achievement Award is for an iconic artist who has attained the highest degree of recognition in Country Music. The Award was established to recognize an artist who has achieved both national and international prominence and stature through concert performances, humanitarian efforts, philanthropy, record sales and public representation at the highest level. The artist receiving this Award has positively impacted and contributed to the growth of the genre throughout a course of years that have proven to have an unprecedented historical impact on fans and industry alike.

Through a mix of courage, determination and extraordinary talent, Pride made Country Music history by becoming the genre’s first black superstar. The Country legend has seen remarkable longevity in his career, which spans more than five decades. His distinctive baritone voice allowed him to take almost every song he touched into the Top 10, if not the No. 1 position, typically spending multiple weeks there. Between his chart debut in 1966, and 1989, Pride had 29 No. 1 Country hits and over 50 Top 10 tracks, including enduring classics like “Is Anybody Goin’ to San Antone” (1970), “Kiss an Angel Good Mornin’” (1971) and “All I Have to Offer You (Is Me)” (1969).

In 1971, he was named CMA Entertainer of the Year as well as Male Vocalist of the Year in both 1971 and 1972. Pride was also the first black man to co-host the CMA Awards, taking the reins in 1975 alongside Glen Campbell. He became a Grand Ole Opry member in 1993 and in 2000, was inducted into the Country Music Hall of Fame. He holds three Grammy Awards and was honored with a Lifetime Achievement Award by The Recording Academy in 2017.

Luke Combs’ “What You See Is What You Get” out November 8, new song “1, 2 Many” featuring Brooks & Dunn out today 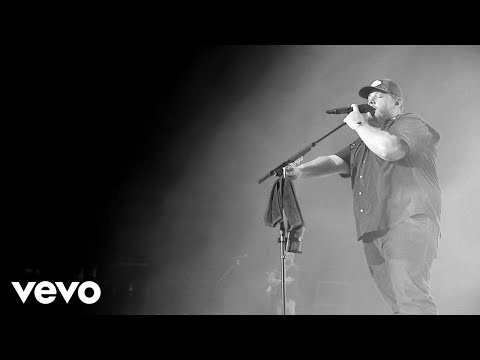 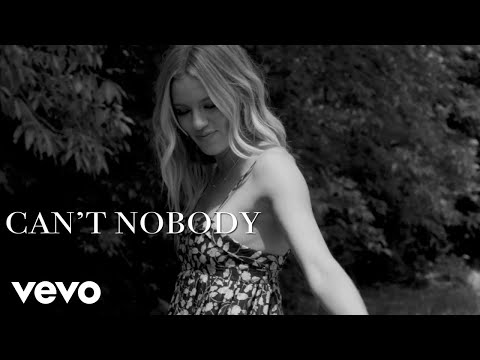 Recently the 53rd Annual CMA Awards recognized legendary women of country music. The event was spectacular and the audience was filled to capacity with the […]