Los Angeles Indie Rock Artist Eddy Yang Featuring His New EP and Single “A New City” and New Album “American Glory” Eddy Yang is a young and inspiring artist who places in the category of pop rock, indie rock and who just recently released his debut album and a new single from that album to some pretty solid reviews. ‘

This is a five track collection and comes to you from a do it yourself approach, that for many, new and or up and coming artists, has shown them a great favor. Eddy truly displays his heart open to the world.

The EP “A New City” was released on April 5th, 2019 and reviews are coming in strong. Inspired by a trip to the infamous New York City Yang was inspired and in awe of the wonders and beauty, he found. The EP is about the feelings of being young and alive in a world that in some ways is still innocent and full of potential. Yang says it’s about finding your true self and who you are truly meant to be.

Eddy is a very busy young man, just a few short weeks after the release of the EP he released his debut album “American Glory” and a single from that album called “On Our Way (Into The Night.” This is the first ever debut album to be released in surround sound available for purchase upon initial release.

Both collections are well mixed and mastered and the production is solid. “American Glory” is a great mix of classic guitar riffs with a nice mix hip hop style beats all blended with a modern expression.

“On Our Way (Into The Night)”, is a refreshing mix of both old and new sounds that work at creating something fresh and exciting. The song is about the excitement of youth and the search to find your own path and journey.

Both EP and debut album share fresh, new music from a young and inspiring artist who’s fresh take makes for a great mix.

Press Quotes
“I love how Yang has this singular energy. He creates his music as if he is alone in the universe, but that’s how the best art begins sometimes.” – Nohoartsdistrict.com

“Yang’s vocal tones come across as loose and wobbly, vulnerable and almost stoic, yet it’s a voice that grows on you, gaining a type of pure expression both refreshing and one-off.”- Tattoo.com

“Eddy Yang operates with a confidence both in his lyrics and the overall execution of his vision. Big, dreamy sounding guitars swing and sway through each of the EP’s five tracks.” – Alternative Nation


Yangs influences range from Kanye West to Beach House and Bruce Springsteen to The Velvet Underground. Although he regards his music as rock he also embarks upon styles and expressions of modern pop. His style is actually all his own and the Asian American direction combined with a rock n roll mythology is spot on.

Eddy wrote, recorded, mixed, and mastered everything on the EP and it demonstrates his versatility, insights and knowledge of what he wants and what the fans love. All vocals, guitar, saxophone, and beat programming are Eddy Yang. Yang fits so nicely in the styles and genres of Indie Rock, Indie, Rock N Roll, and Rock. Yang has been likened to artists such as Television, Chvrches, Bruce Springsteen, Sonic Youth, and Kurt Vile.

“A New City EP was inspired by a trip to NYC, though it was recorded in Los Angeles, my hometown. I remember being inspired and wide-eyed while walking through NYC at night. A New City EP is about the feeling of being young and alive, when the world is still innocent and full of possibilities. It’s also about finding yourself – who you’re meant to be.” ~Eddy Yang~

All media links and photos are courtesy of Independent Music Promotions.

Billy Roberts and the Rough Riders with “Go By Myself”

Hailing from the land down under, Australian based group Billy Roberts and the Rough Riders have their own unique style and I think it’s the […] 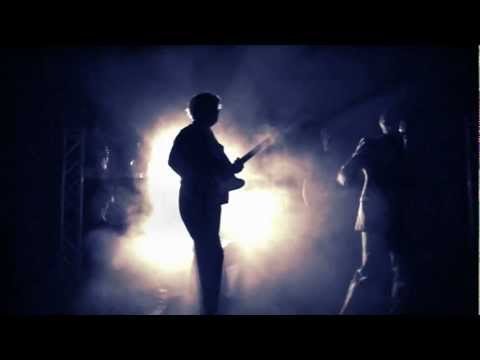 It is with great pleasure that the Rock Masters Band presents their fans with a double deuce, a double dose, a double play…….with new releases […]

Kinda reminds me a bit of Bowie. I love the dark splash of mystery and haunting groove. Reminds me of some of Bowie’s darker days […]